I Would Have Been The Prime Minister In A Parliamentary System Of Government: Minister Brags 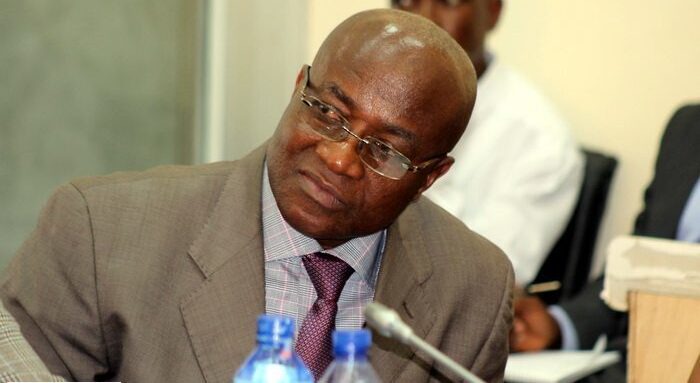 The Minister for Parliamentary Affairs, Mr. Osei Kyei Mensah Bonsu has indicated that if Ghana was to be a parliamentary system of governance, he would have been a Prime Minister.

Speaking about the brouhaha surrounding the recent list of cabinet ministers released by the President, Mr. Osei Kyei Mensah Bonsu indicated that his ministry, with all the important roles, was not part of the cabinet ministers in the first term of the Akufo Addo government but he was not worried. The Majority leader in Ghana’s Parliament adds that the Parliamentary Affairs Ministry plays a very important role in governance and should have been part of the cabinet.

In the parliamentary system of government, the party with the majority in the legislative house forms the government. The leader of the majority automatically becomes the Chancellor or the Prime Minister. Speaking in an interview with Kwame Nkrumah Tikesie on the Okay FM’s Ade Akye Abia show, Mr. Osei Kyei Mensah Bonsu indicated that his position is very critical and in other jurisdictions, could have been a Prime Minister.

“I was not part of the Cabinet Ministers four years ago. But the Minister for Parliamentary Affairs is the leader of government business in parliament. If you look at the structure of governance, I’m the sixth in terms of high positions so if we were running a parliamentary system of governance, I would have been the prime minister. But in all of these, I was not part of the cabinet in the first term”. He indicated.

He indicates that those complaining about not being part of the Cabinet should not be worried. He adds that most of the ministers are sometimes invited to be part of the cabinet meetings and if they did not make it to the final list, it should not be a big deal.

“People should not make this an issue because it is even in the government of Akufo Addo that makes the cabinet list public. I believe we must focus on what the government is doing. I have heard people complaining about the absence of some ministries in the cabinet. People have raised issues about the absence of the Road Ministry but the Housing Ministry is also a very important ministry that needs to be part of the cabinet. We have a lot of housing issues in this country”. He indicated

Mr. Osei Kyei Mensah Bonsu adds that the Cabinet only advises the President on key policies and even with that, the President can decide not to listen.

“They only assist the government in running the state by advising the President on some key policies. The president can even decide not to listen to the cabinet advice”. He added

Constable Osei’s Death: Blame Those Who Went For The Contract: Prophet Oduro Drops A Secret