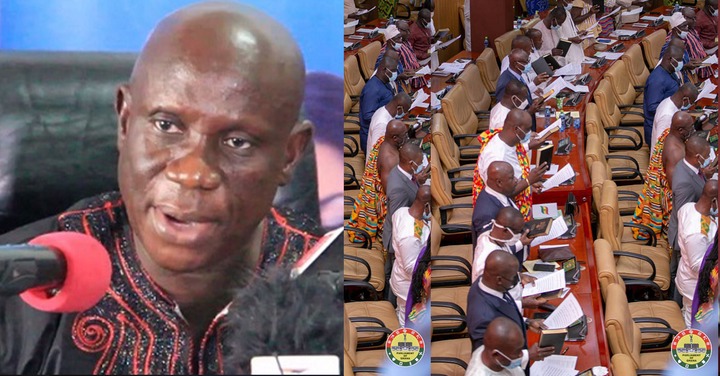 Deputy General Secretary of the ruling New Patriotic Party (NPP), Lawyer Nana Obiri Boahen has dropped a fresh list of some Parliamentary seats being contested in court by the NPP.

Lawyer Nana Obiri Boahen, who is so a member of the NPP legal and constitution team indicates that the NDC should be ready for the battle, because the NPP is poised to grabbing all the seven seats filed in court.

He says that some of the candidates who won on the ticket of the NDC from the constituencies under contention hold dual citizenships.

He indicates that others who ex-convicts, and as such cannot hold parliamentary positions under the laws of Ghana.

“The NDC won the constituencies I have mentioned to you, but there are issues about some of their candidates and we have other challenges with the rest.

There is someone who is an ex-convict but won the election for the NDC. One of them has three different forms of citizenship from Ivory Coast, United Kingdom, and Ghana”. Lawyer Nana Obiri Boahen noted.

Some of the Parliamentary seats the NPP is looking forward to grabbing from the NDC include Jomoro, Buem, Salvalugu, Kintampo North, Assin North, and Pusiga constituencies.

He notes that there will soon be an unfolding Drama in court as the NPP lawyers have gathered enough evidence to take the seats from the NDC.

“If you look at Buem for example, Kofi Adams won the election but those who did not vote in the election were about 17,000 voters.

All those people were denied the right to vote, so if the NDC says they are contesting Hohoe, then Buem will be taken from them.

The NPP has been silent but we have the lawyers to defend all these cases in court. We have closed all our cases and the court will be very interesting”. Lawyer Nana Obiri Boahen indicated.

He added that any other candidate of the NPP who has issues with the results declared in his constituency should reach out to the constitutional and legal committee to take it up.

Update On Restoration Of Power To The Krobo Bloc