Matters Arising: "Nana Addo And His NPP Are Laying The Foundation For A Tribal War In Ghana" 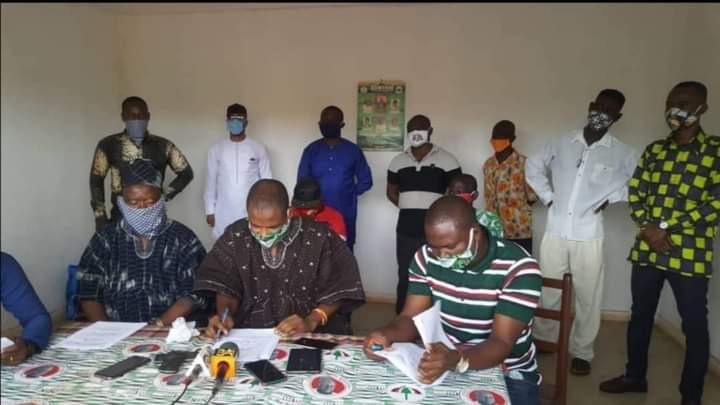 Another issue that is popping up in the public domain is that the Bono Regional Youth Organizer for the National Democratic Congress, Efo Worlanyo Tsekpo who is Ewe by tribe has stated that, Nana Akufo-Addo and his NPP party folks "are laying the foundation for a tribal war in Ghana" after a history Text Book purported for stage 4 children in school has been writing against Ewes, has taking over the nation but denied by Ghana Education Service.

The NDC Youth Organizer who uses to criticised the NPP Government has stated that what has just happened is not a mere thing and he has also alleged that, Nana Akufo-Addo and his party members in the Jubilee house knows much about the text book, and have even approved them per his post.

According to him, this is the time Ewes must come together and call on the government to stop attacking the Ewe people always for they're part of Ghana not Togo.

Efo Worlanyo Tsekpo who was very sad and at the same time angry stated on his facebook wall with a long message to Ghanaians describing how Ewes has become a target for Nana Akufo-Addo and the NPP party folks since they came to power in 2017.

He details how Voltarians in the public sector has been removed constantly by Nana Akufo-Addo's leadership which is now less than 2%.

He told Ghanaians that what NPP party is doing by referring to the people of Volta Region as Togolese and disenfranchising some of them, during election time, not to vote in Parliamentary election is very painful and it must stop or else those things are laying foundation for a tribal war in the country.

He said "the dangerous aspect of what is happening is that Nana Addo and his government are laying foundation for a tribal war in Ghana because we can't sit down and watch this government take us for granted and continue to treat us as second class citizens".

And "It's better we rise protect and keep our country together than allow some few people to divide us on tribal lines".

"We will RISE and they can't stop us!" Urging Ghanaians as press release statement said from him today.

Read the full Statement below.