By GH_InformationCenter (self meida writer) | 3 months 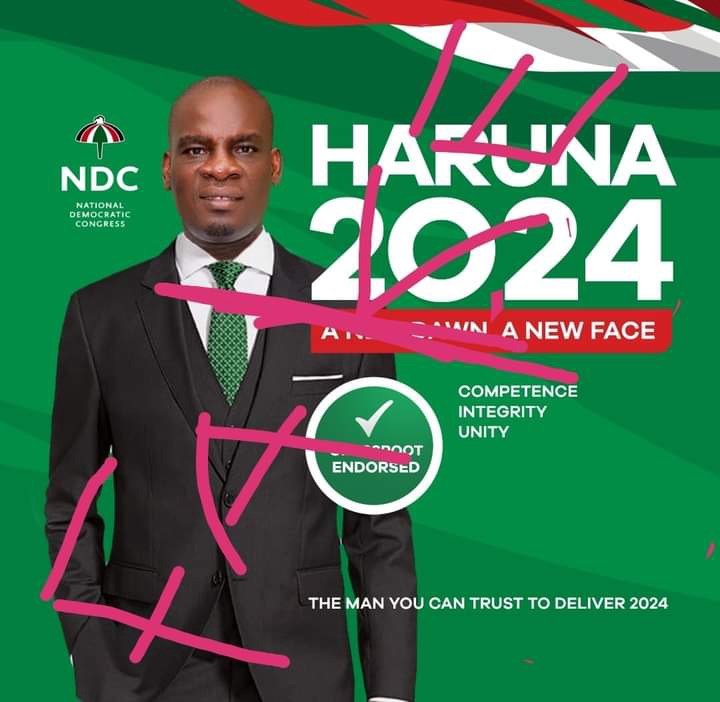 The Minority Leader in Parliament, Hon. Haruna Iddrisu has called on the supporters of National Democratic Congress (NDC) and the general public disregard the malicious circulation of fake posters and and news about him.

The Member Of Parliament for Tamale South, honorable Haruna Iddrisu who is a Ghanaian lawyer and politician made his call comes on the back of allegations that he is joining the National Democratic Congress (NDC) flagbearership race to contest for the presidential candidate position to be able to lead the party in the 2024 general elections.

Not long ago that an allegations were leveled against me that I championed some legislatures of National Democratic Congress party to sell the party out in Parliament following a ‘yes’ vote for some three minister-designates who were nearly disqualified after vetting. And now that the issue is over, my posters to join the flagbearership race, he added.

According to him, there has been a lot of serious allegations about him recently which later were found to be untrue and people should treat this one too as such.

He said this on his Facebook page today 25th March, 2021 that, "the rank and file of the National Democratic Congress (NDC) and the general public is hereby advised to treat with contempt, and to disregard the malicious circulation of Fake Posters of Hon. Haruna Iddrisu by NPP apparatchiks apparently to sway our attention from the hardship Ghanaians are currently suffering".

I, Hon. Haruna Iddrisu has no knowledge of becoming a flagbearer of the National Democratic Congress (NDC), and has not sanctioned any posters to be made on my behalf, he added. 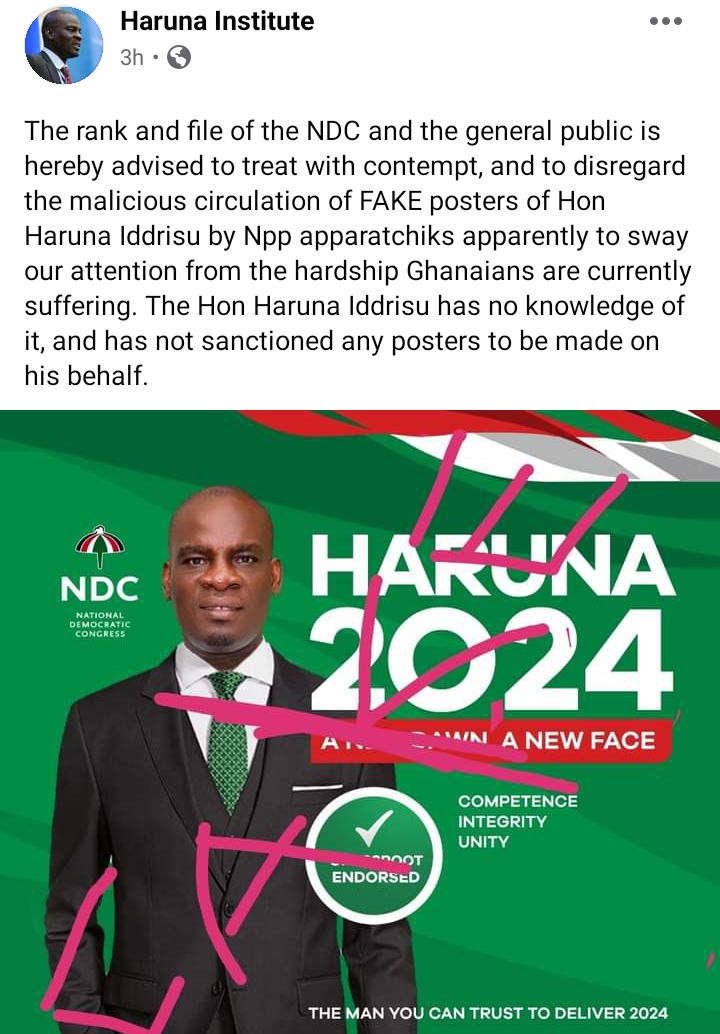