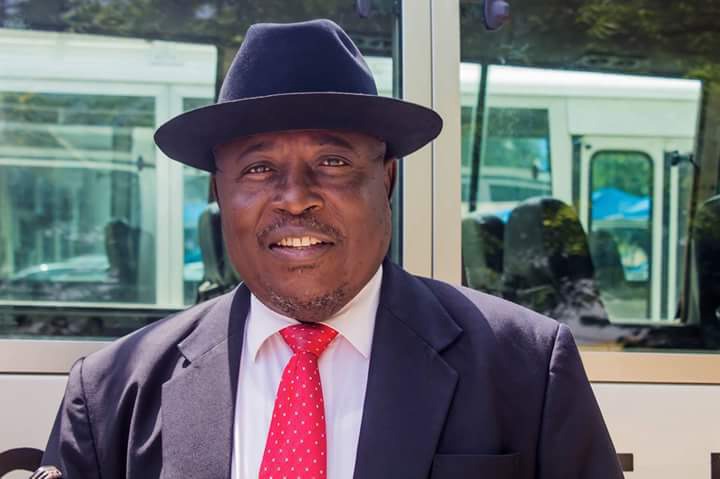 Former Special Prosecutor, Martin Amidu, has lashed out at Chairman of the Parliamentary Select Committee on Legal and Constitutional Affairs, Kwame Anyimadu-Antwi, for referring to him as "Kongo Kaya".

“Konongo Kaya” means a dog in a manger, but it is often used disparagingly in the local Ghanaian parlance to refer to load carters in the markets.

When the current Special Prosecutor (SP), Kissi Agyabeng released the report on the said corruption-related investigation, Mr Amidu in a response, described the work of the SP as hollow and unconstitutional.

This is what triggered Mr Anyimadu-Antwi to describe Mr Amidu in that manner after the latter criticized the investigative report released by successor.

He said "A member of Parliament who is the chairperson of the Constitutional and Legal Committee of Parliament, Mr Kwabena Anyimadu-Antwi, within hours of the publication of the twenty-page article stooped so low to call me by the pejorative Gold Coast Colony and Ashanti name assigned my forbearers, northerners, from the Northern Territories of the British Protectorate in Konongo, as ‘Konongokaya’.

"No amount of attempting to clean the pejorative origins of the word Konongo kaya can hide the insult to Northerners in the colony or to me as one of their descendants.

"Like the kayayei of today, we are proud northerners and proud of our identities"', he wrote

He further adds that Mr Anyimadu-Antwi failed to read his 20-page criticism of the special prosecutor's investigation before rushing to raise issues about it.

"It’s however a shame that such a person calls himself a lawyer and Chairman of the Constitutional and Legal Committee of the Parliament of the modern day Ghana founded on March 6, 1957, and passing laws for citizens under the 1992 constitution.

"If simply reading a 20-page article was problematic for such a member of parliament to help him argue in a civilized manner without casting invectives at the author, then one wonders how seriously the bills and regulations are scrutinized under such a lazy chairperson before Parliament passes them, Surely, Ghana deserves better representation in Parliament", he wrote