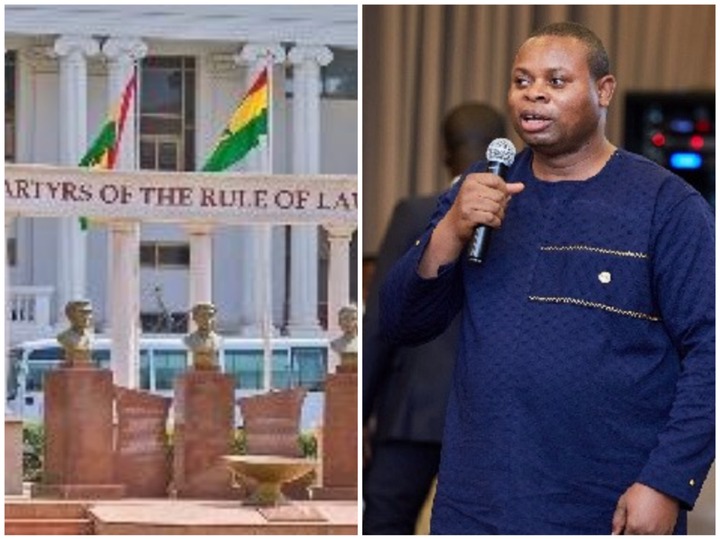 The Founding President and Chief Executive Officer of IMANI Centre for Policy and Education, Franklin Cudjoe is offering a proven strategy the judiciary service could take to sanitize the public space of any discourse about the ongoing election petition and other legal matters. According to Franklin, the approach taken by the Judiciary Service is apt but has some elements of a threat to media freedom, which could not be entertained.

Reacting to a caution issued by the Judiciary on Thursday 25 February 2021, Franklin Cudjoe suggested that a scapegoat strategy is ideal in keeping a check on public discourse on the subject such that the integrity of the judiciary remains intact. He charged that a few rogue commentators that made scandalous statements about the judiciary could be called for questioning and when proven guilty made to face the the legal consequences squarely.

He beleives that such is deterrent enough and a solution to the problem. 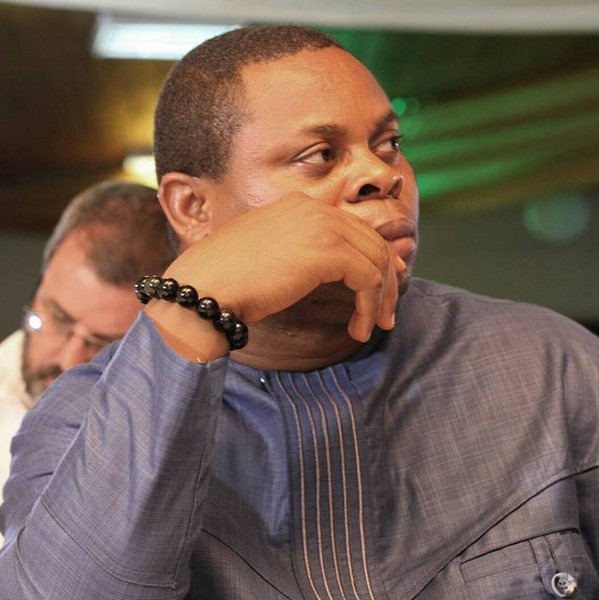 "They should just find a few rogues who really say things they can't prove in court and punish them, then all others will stop. I have used that formula recently and it works. 🤣😎," he tweeted. 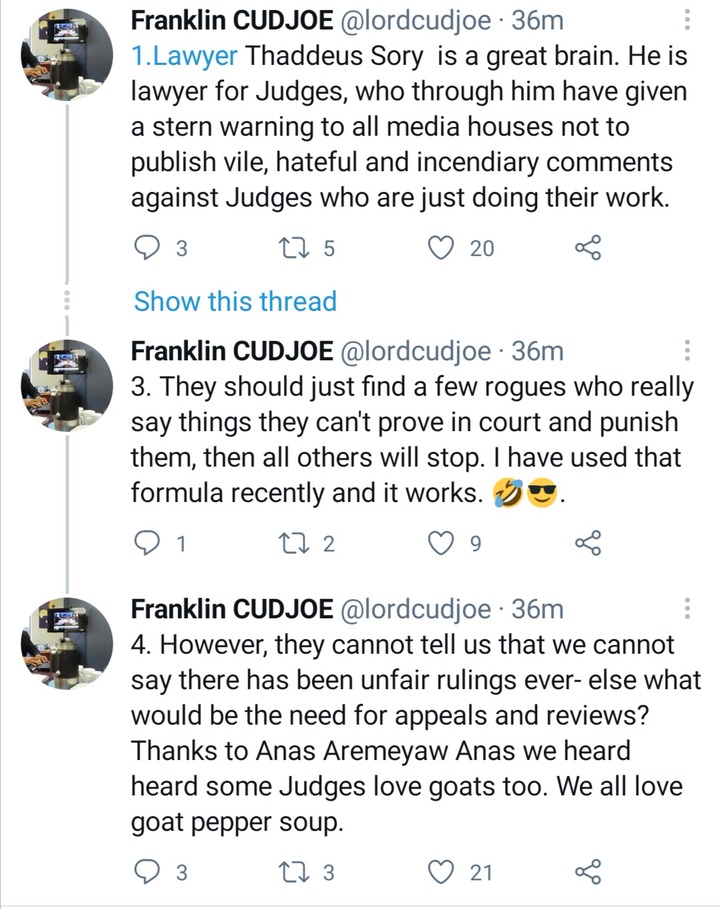 But he did not spare them of their simmering attack on the media, as he felt that amounts to a threat to free speech. He explained that the judiciary is not beyond criticisms and that certain rulings could be contended in other courts for a review or an appeal.

"However, they cannot tell us that we cannot say there has been unfair rulings ever- else what would be the need for appeals and reviews? Thanks to Anas Aremeyaw Anas we heard heard some Judges love goats too. We all love goat pepper soup," he noted in another tweeted.

This conversation has been a matter of great interest, especially when court is in the next few days going to deliver it's judgement on the election petition.