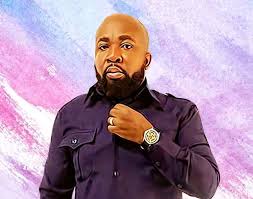 Publisher of the Herald Newspaper, Larry Dogbey has accused Charles Nii Teiko Tagoe, an Executive Assistant at the office of President Akufo-Addo for blowing close to US$10,000 for a trip to the United State of America in the middle of September.

According to documents released by Mr Dogbey on his Facebook wall, Mr Tagoe paid the said amount for the trip which was expected to last 8 days.

He further alleged that Mr Tagoe was deported despite holding a diplomatic passport, adding that the reason for Mr Tagoe's deportation is yet to be uncovered.

Mr Charles Nii Teiko Tagoe has in a post on his Facebook wall rebutted the allegation, adding that he does not hold any diplomatic passport as has been alleged by Mr Dogbey.

He further threaten legal action against Mr Dogbey and his establishment

But Mr Dogbey seems unrelenting as he has further released documents purported to be KLM flight details of Mr Tagoe's alleged travel.

The details on the document suggest that Mr Tagoe had paid US$9,600 for his trip to the USA.

"Charles Nii Teiko Tagoe. I didn't know it was this easy to get you talking. You left Ghana on Tuesday 13th September 2022 onboard KLM through Schipol Amsterdam to New York.

“You returned the next day Wednesday 14th September 2022 by a direct flight from New York to Accra onboard Delta Airlines.

“You wanted to come back on board the same KLM through Schipol on Wednesday, 21 September 2022. Who buys a ticket for nearly UD$10,000 to see New York City through the windows of an airport? Waiting for your lawyers. Regards to your wife....”, he wrote on Facebook.

However, Mr Tagoe countered this with further explanation, saying “So I arrived at John F Kennedy International Airport on Delta Airlines flight DL 047 from Amsterdam and I was arrested and deported at Dallas, Texas International Airport, onboard a United Airlines according to Larry Dogbey and The Herald Newspaper? We shall meet very soon wai”.