Adowa Sarfo may be referred to Privileges committee.

By Mynewshub (self media writer) | 4 months ago 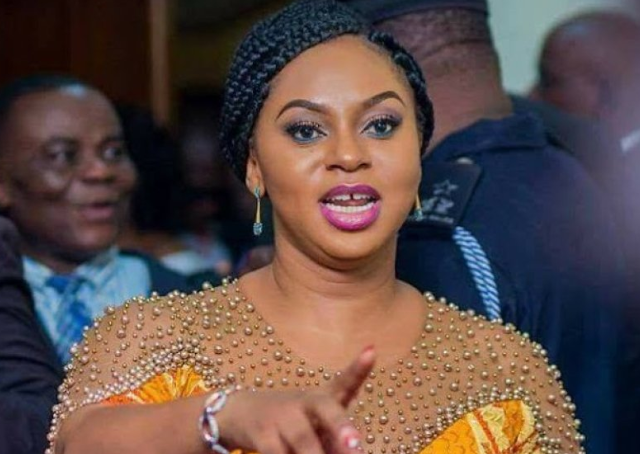 Dome Kwabenya constituency MP has been absenting herself from parliament for an extended period of time without speaker concern for no reason.

Some political analyst have suggested a falling out within the current ruling party the New Patriotic Party might be part of her no show.

Speaking about the issue the majority leader noted that the speaker Alban Bagbin intended to refer her to the Privileges committee last week Tuesday, but due to prevailing circumstances, it had to be postponed.

"Information that reached me was that even last Tuesday speaker was going to make a pronouncement on it in parliament but I think the prevailing circumstances resist him from doing so. I want to believe that perhaps before the parliament close tomorrow or maybe next week when the house sits speaker may make announcement by dragging Adwoa Safo to the Privileges committee before we adjourn".

According to him, even though MP Adwoa Safo has currently written to the speaker formally request for an extension of her leave of absence in parliament, said request is yet to be determined by the speaker Alban Bagbin.

"She appeal for another four weeks extension of her leave, the four weeks I think is ending this Friday. It was not granted. The speaker told me that he had not granted that because she needs to be in parliament to make request, but this was submitted from outside, and even the first one, she did not make a request from the speaker. So the speaker said he was not going to approve it".

Suame constituency MP Osei Kyei Mensah Bonsu revealed that all attempts to get Dome Kwabenya MP Adwoa Safo back to parliament have proven futile, and the next line of action lies in the hands of the speaker.

"It has been a long time matter, we have been having conversations and I think there is something that is happening and I do not want to talk about it. Unfortunate as the situation is, but certainly, a decision have to be taken one way or other".

Honourable Mensah Bonsu noted that absence of the MP Adwoa Safo has posed a hazard to the company of the majority group in parliament especially the passage of the controversial Electronic Transaction bill which he believes would have been easier for them to approve it if she was present.

He stated " we have been struggling, I must admit. If she was in parliament this hurdle would have been cleared long time ago.we have been having conversations about her coming back, but she will promise and failed to do so on many occasions, but i think all is not well, how to go forward with it is the biggest problem.