By Zionthefighterexclusives (self media writer) | 1 year ago 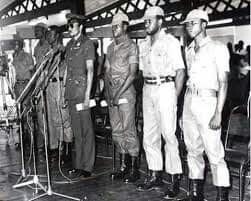 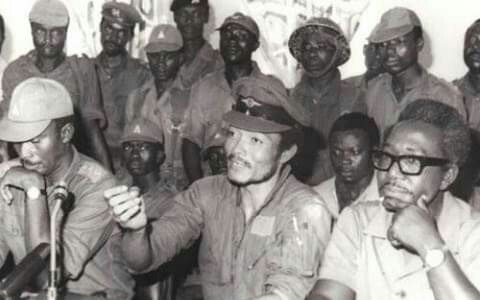 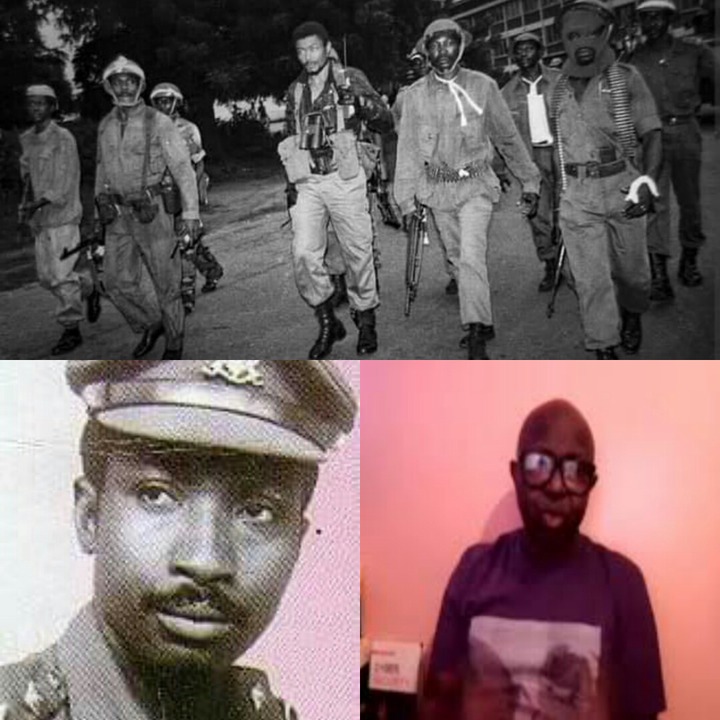 Jerry John Rawlings, Ghana's leader since the December 31, 1981 coup until the 2000 elections, was a Flight Lieutenant in the Air Force and a militant populist when he Led the first coup of June 4, 1979, that overthrew the regime of Gen. Fred Akuffo, who had, in turn, deposed his predecessor, Gen. I.K. Acheampong, in a palace coup. Rawlings was convinced that after one year of the Akuffo regime, nothing had been changed and the coup amounted to a "waste of time," and "it was then up to him to change not only the status quo, but also put the country back on track."

Rawlings, unlike many other leaders in Ghana's history, subsequently led the country through the difficult years of economic recovery and succeeded in giving back to Ghanaians their national pride. Without Rawlings strength of character and unwavering determination, Ghana would not have survived the Economic Recovery Programs (ERPs) of the 1980s put in place by the ruling Provisional National Defence Council (PNDC). Rawlings saw his leadership role to be that of a "watchdog" for ordinary people and he addressed problems of incompetence, injustice and corruption.

Rawlings also instituted a transition from authoritarianism to multi-party democracy by attempting to decentralize the functions of government from Accra to other parts of the country. When the PNDC established the People's Defence Committees (PDCs), a system of cooperatives, it became a unique move never before seen in Ghana's political economy. 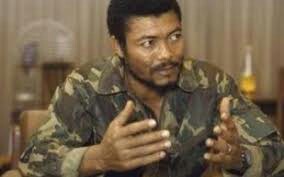 The political situation in Ghana after the first coup led by FI. Lt. J.J. Rawlings on June 4, 1979 remained fluid at best. In order to bring about normalcy, a 15-member Armed Forces Revolutionary Council (AFRC) was established, Rawlings was made the Chairman and the rest of the AFRC was a careful balance of junior- and middle-rank officers of the military. One of the decisions taken by the AFRC, was that the parliamentary and presidential elections would proceed as planned on June 18, 1979 but that the handing over of power would be postponed for three months to October 1, 1979, to allow the AFRC to "complete its task of house cleaning."

The new AFRC government tried to clear up corruption in all walks of life, especially the "kalabule" system (the "black" or "parallel" market) which had affected the cost of living and which the state suspected to be responsible for the spiraling inflation in Ghana. In fact, the shortages and low production of the past regime were the causes. Much of Rawlings' energy and activity in those hectic months, however, was bound up with talking with people whom he constantly urged to be aware that this was their revolution and it was they who were calling their past rulers to account for their past deeds, and that the future of Ghana was in their hands. 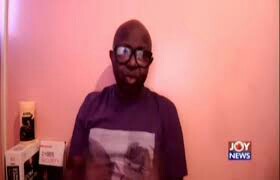 To the amazement of most foreign observers, the elections were held on schedule under conditions of unexpected calm and fairness. On July 8, the People's National Party (PNP), led by Dr. Hilla Limann (a Nkrumah stalwart) won the elections, and then there begun a process for the transfer of power. At the end of August, Rawlings reflected that since he was confident that the "house cleaning" began by the AFRC would be continued by the Limann administration, he would be handing over power a week early on September 24, 1979. Its recorded that on the admonitions of Rawlings to Limann at the inauguration ceremony of the Third Republic with this famous quotation: "…never lose sight of the new consciousness of the Ghanaian people."

Those words by Rawlings would form the basis for his second coming, not only as the leader of the 31 December coup, which toppled the weak and ineffective Limann administration, but also the leader of the Provisional National Defense Council (PNDC) regime, the progenitor of the dual transition program in Ghana. The 31 December coup had been expected for some time, as there were several plots emerging during the early weeks of December 1981, and many had looked to Rawlings for leadership but the coup wouldn't have been successful without certain gallant officers like Sergeant Daniel Alolga Akata-Pore.

Mr. Rawlings, in announcing the appointments, said no one should assume a public office who is ''not capable of dreaming about the future, of crying at human suffering or when a child dies.'' The 34-year-old retired air force officer, who led a coup against President Hilla Limann Dec. 31, is chairman of the Provisional National Defense Council. Brig. Joseph Nunoo-Mensah, the chief of staff, is Mr. Rawlings's second-in-command. The priest, the Rev. Vincent Damuah, had been criticized by Limann's Government for being too outspoken. The student leader, Chris Burkari Atim, is a friend of Mr. Rawlings.

Joachim Armatey Kwei, a labor leader who was removed by Mr. Limann last year for organizing a strike at the Ghana International Holding Corp., also was named to the ruling council. The other two council members are Warrant Officer Joseph Adjei Buadi and Sgt. Daniel Alolga Akata-Pore, both of the air force. Their task is coordinating the Armed Forces Defense Committees that Mr. Rawlings wants set up around the country to carry out sweeping social and economic changes.