By DBright (self media writer) | 7 days ago 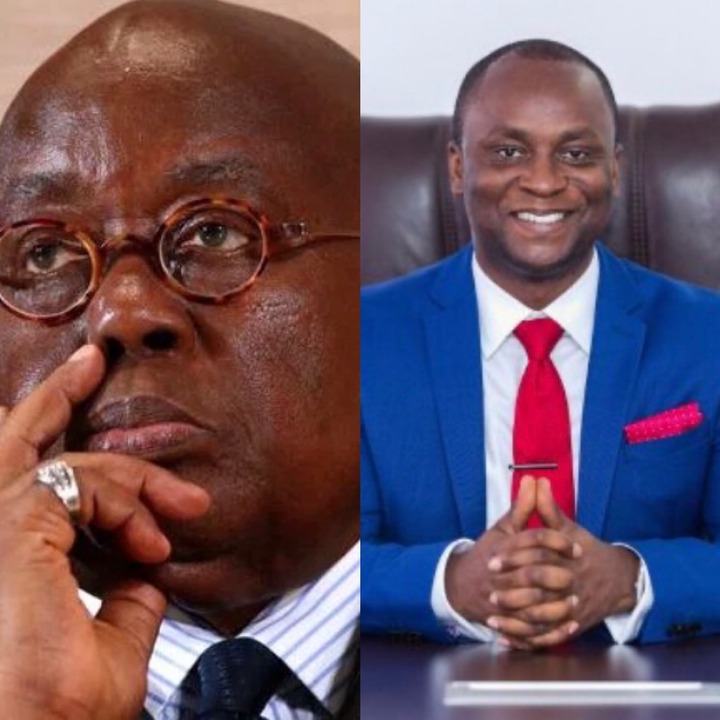 The President of the Republic of Ghana has recently taken another bold initiative to appoint another government official into a very reputable organization after the former appointee was finally told to vacate his position with immediate effect.

According to a recent press release by the Communication directorate at the Jubilee House, the incumbent President, Nana Akufo Addo has recently appointed and reassigned the National Security Co-ordinator, Amb. Major General (Rtd) Francis Adu-Amanfoh to act as the Special Advisor to the President for the Accra Initiative.

In addition to this, it was made clear that the newly Akufo Addo appointee, Amb. Major General (Rtd) Francis Adu-Amanfoh will be working out of the office of the President.

With respect to this, two other government officials were granted huge promotions from their previous duties by the incumbent President, Nana Akufo Addo.

Below is a look at the recent press release from the office of the President that has caused massive reactions online. 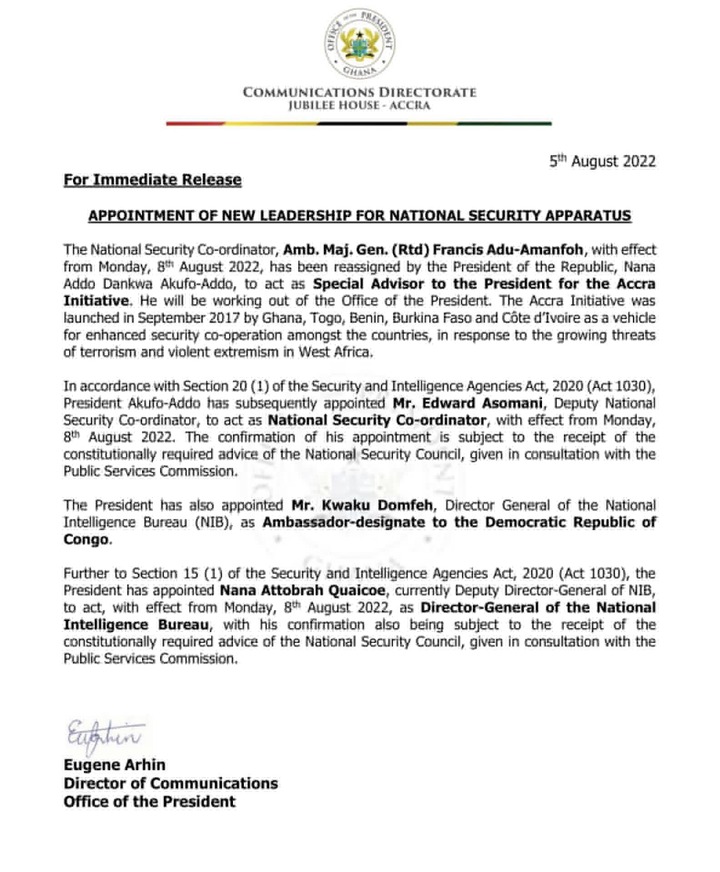 What are your thoughts after 3 Akufo Addo boys got juicy promotions from the office of the President that has caused massive reactions online even though most individuals claimed otherwise?