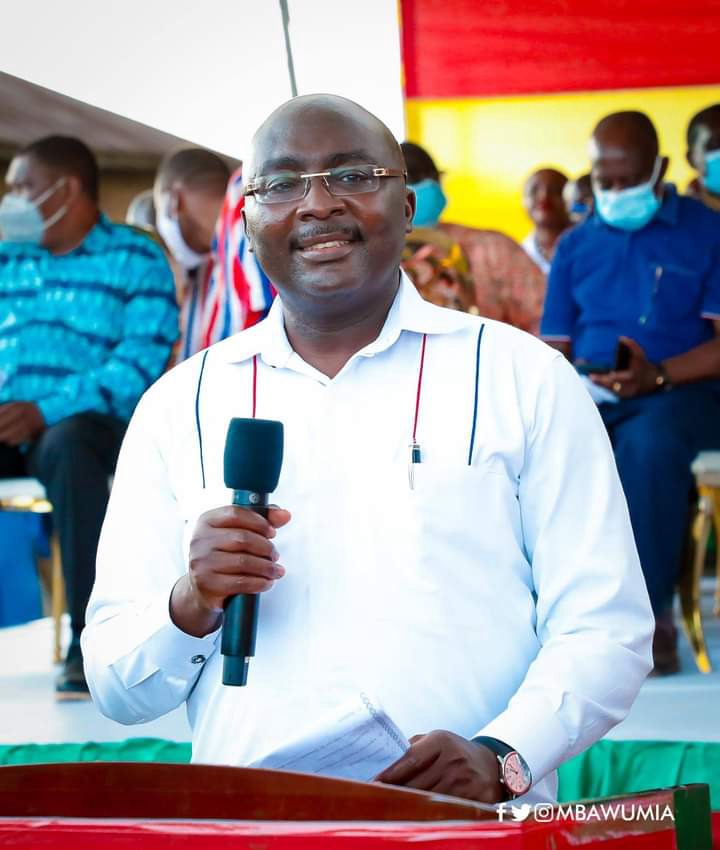 As expected, the political season in the country has skyrocketed all through the slithering campaigning atmosphere because of the pending Dec 7 polls. Politicians are doing all within their power to run each other down in an attempt to look like saints in the eyes of the Ghanaian voters whilst their opponent look like 'nothing'.

The Vice President of the Republic of Ghana, His Excellency Dr. Mahamudu Bawumia says the Presidency is not a place for correction of mistakes by erratic leaders.

After being voted out from office in 2016, former President John Dramani Mahama is seeking re-election to the Presidency and he has been telling Ghanaians that he will correct his mistakes if he is given a second chance.

But the Veep has shot down Mahama's claim of a comeback, saying the Presidency is a place for serious business, not for correction of mistakes.

In his words during an exclusive interview with Ash FM in Kumasi, the Veep divulged;

"The Presidency is not remedial classes for correction of mistakes".

"It is a place for serious work and serious business."

Dr. Bawumia furthered that former President Mahama's regime was so erratic that it left the country in ruins, leading to his eventual defeat in 2016.

What do you make of this?