RE: Bawumia has no foundation in NPP

By YeoungBrainy (self media writer) | 11 days ago 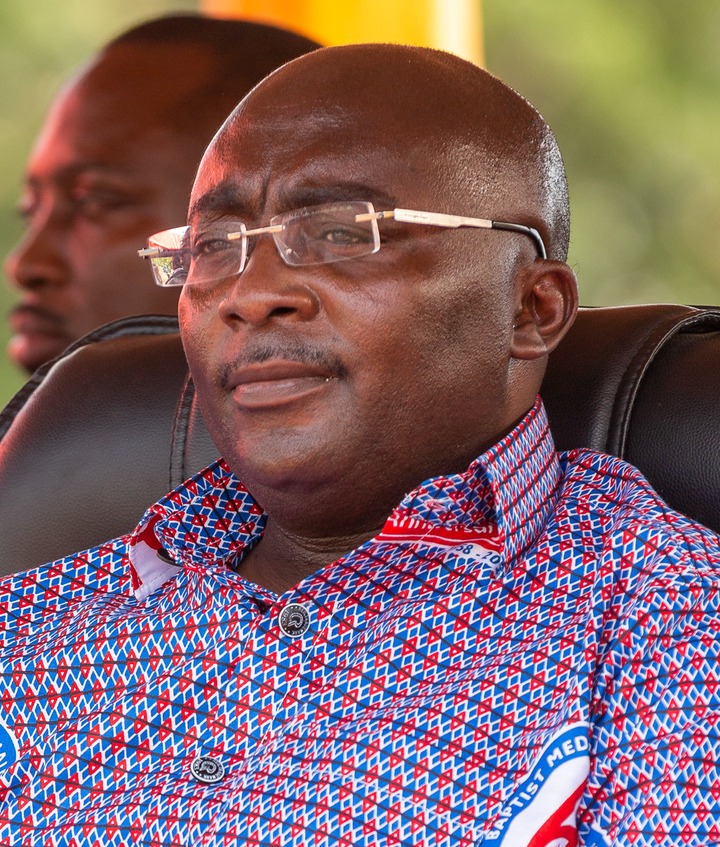 I have read statements attributed to one Dr. Kobby Mensah published on peacefmonline.com titled "Bawumia Has No Foundation In NPP".

He made these comments on Paul Adom-Otchere's Good Evening Ghana program and as an academic who prides as a believer in "evidence-led" research, he was expected to show fidelity to facts in his assertions. However, just as the expert in "political marketing" he touts himself to be, he appeared to be a political consultant doing advocacy for persons who see Dr. Bawumia as a threat to their political ambitions. This impression about Dr. Mensah's posture is further reinforced when prior to the 2020 polls he made an uninformed claim that Dr. Bawumia’s assertion on Ghana’s universal QR Code being the first by any African country was false. He was soon to be exposed and educated that it was his assertion which was false and not Dr. Bawumia's evidence based statement.

This rejoinder will look at 3 thematic areas discussed by Dr. Mensah in his interview. It further serves as a firm message to all those who have a sinister agenda to malign, under the cloak of academia, Dr. Bawumia's hard earned reputation that their propaganda will not go unchallenged.

DR. BAWUMIA HAS A SOLID FOUNDATION IN NPP

In response to claims by Dr. Mensah that Dr. Bawumia has not grown into the "party stalwart” that could keep taps on party agitation and ensure coherence, I say that if there is one person who can keep the party united for victory in 2024 then that is Dr. Bawumia.

Over the years and since becoming a vice presidential candidate of the party in 2008, Dr. Bawumia has attained the admiration of the top echelon as well as grassroots of the party. It is an open secret that people who considered him serious internal political foes and openly opposed his selection in 2008 have confessed of being proven wrong by his extraordinary talent and manners. His unmatched humility, brilliance, diligence, hardwork and utmost respect for both the elderly and young are the exact qualities that are needed in every leader who needs to keep the so-called taps on party agitation and ensure coherence. It is these same qualities inherently possessed by Dr. Bawumia that has earned him the admiration and love of respected party folks.

His consistent hardwork and dedication to the cause of the party earned him a consolidated constituency during his active periods in opposition at a time when others were very dormant only to reappear when the signs of victory were written all over in 2016. In Government, he has remained diligent and hardworking not only in planning all major Government policies but also at the forefront in advocacy defending Government.

Dr. Mensah also made an absurd claim that the other party stalwarts and their followers who have contested President Akufo-Addo previously will find it humiliating to accept Dr. Bawumia's leadership and that can destabilise the NPP. The fact is, aside Dr. Bawumia, there is currently no aspirant that has a gargantuan amalgamation of party faithfuls who hitherto were loyal to other candidates. A huge segment of top party people and grassroot supporters who are presently calling on Dr. Bawumia to contest were notable supporters of Mr. Kyerematen, Joe Ghartey and Dr. Apraku. So Dr. Bawumia's leadership will be an easy umbrella for all disgruntled party people to unite under than any of the other aspirants.

LEADERSHIP BASED ON COMPETENCE NOT INHERENT SEQUENCE ACCORDING TO AGE

Dr. Kobby Mensah claimed that the NPP had an inherent leadership path which ascribes power to persons in an ordered sequence based on 'seniority' and consistency. His claim is a furtherance of propaganda championed by followers of a particular candidate who have banked their false hopes on the fact that their candidate contested previously. This argument is moot not only because there is no such code prescribed by the party but because it is a skewed analysis to suit one candidate who has 'seniors' who contested previously and thus more qualified than him under such non-existent sequence.

Furthermore, the NPP prides itself as a party that is development oriented and thus gives much preference to the intelligence, diligence and hardwork of Dr. Bawumia than the so-called imaginary criteria of ordered sequence based on seniority.

Dr. Mensah argued that the voting preference in Ghana and across the African continent limits the winnability coefficient of young presidential aspirants during general elections. He said “You realize that the Ghanaian voter often goes for an elderly person, and not only that, almost all African country, you see a certain level of age. And I think a reason why President Mahama struggled was because of the age-factor. People associated young persons with a certain lifestyle”. This assertion is not supported by the available facts and should not be coming from an academic. In 1992, a younger Jerry Rawlings beat Prof Adu Boahene and Hilla Liman who were older than him. In 1996, a much younger Jerry Rawlings beat President Kufour who was older than him. In 2012 though disputed, a much younger John Mahama was declared winner over Akufo-Addo who was much older. So it is very clear that the Ghanaian voter pattern is not based on age preference but a multiplicity of factors which if looked at holistically puts Dr. Bawumia as a favorite ahead of any candidate internally or externally.

Let it be known by all that the DMB brand is unsullied and no amount of maligning can change this fact. Dr. Bawumia for 2024 is a calling spearheaded by the grassroots of the party who have realized that the candidate capable of breaking the 8 in 2024 is the quintessential Dr. Bawumia.