One of the oldest politicians in Ghana at the moment has told Ghanaians how he singlehandedly made former President, John Dramani Mahama who he is today but when he gained power he ignored and sacked him and his other colleagues. 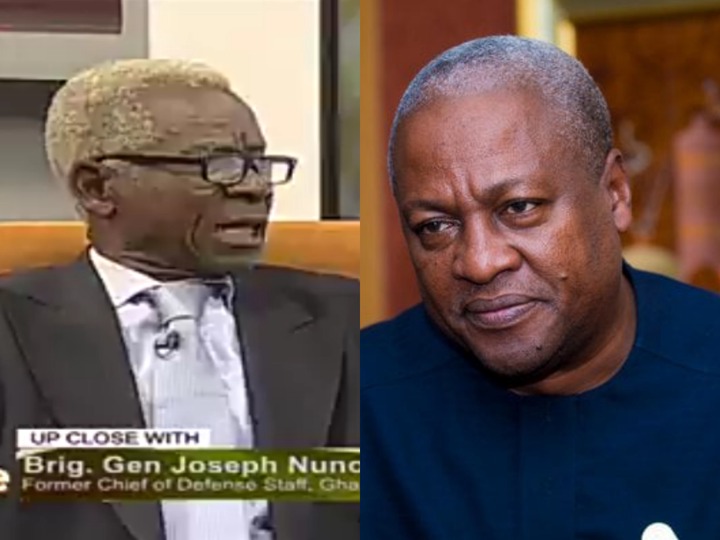 Brigadier General Joseph Nunoo-Mensah is the politician in question. After from being a politician he is also a retired military personnel.

Nunoo-Mensah revealed this painful real story of his to Captain Smart and the audience of Onua TV's Maakye show. According to him, John Dramani Mahama is a politician and not a human being. After he made this claim on the show, Captain Smart then told him to ahead with his reason. 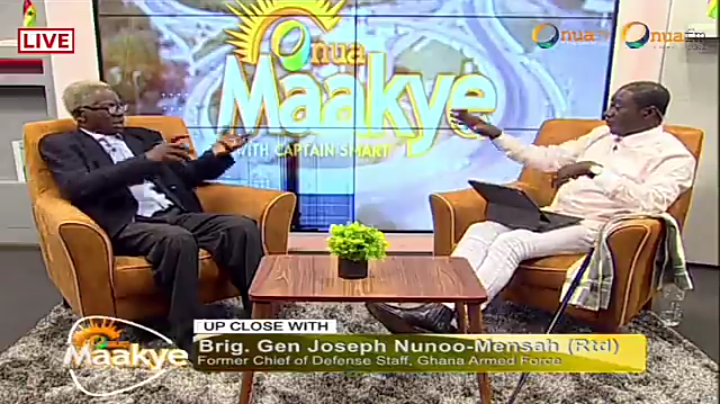 He told Captain Smart that, in 2008, John Dramani Mahama was then the Member of Parliament for the Bole-Bamboi Constituency. One day he was in his residence when John Mahama came there, he asked him the reason for his visit, Mahama told him that, John Atta Mills has decided to appoint him as his vice for the 2008 elections but J. J Rawlings is against it and he doesn't support it, but he has been told that Rawlings listens to him so he should talk to him on his behalf. 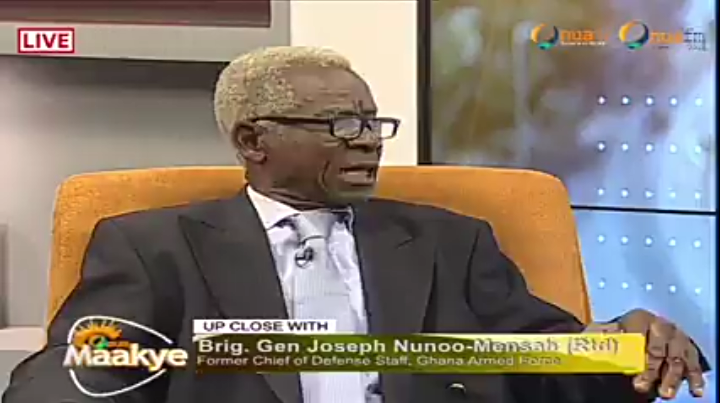 He added that, after hearing Mahama's plea he contacted Victor Gbeho and they met at a friend's house with Rawlings. Even though they convinced Rawlings but He was still not happy about it but because he respects them Rawlings agreed and allowed it. 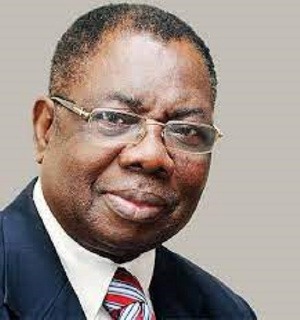 He continued by saying that, John Mahama becme the President after John Atta Mill's death, but after mahama became the President, he went in for new people and sacked them from the presidency. He said, they were presidential staffers but despite all the things he did for him, he ignored him and did not give them the work they were already doing.