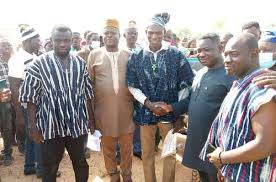 We started this project together. It was very tough, difficult and rough. The vision was a Sissala Project that was to provide a leverage, better still a platform to serve, lead and facilitate leadership to our people. A leadership that was visionary, effectual and broad based.

Hon Amidu Chinnia then had very few people who believed in him and his ideas. He was scorned, scuffed and hardly noticed. A teacher who rose from the cradle and wanted to achieve something big was not a marketing catch. He had close to nothing, no logistics, capital and big names. All he had was his vision and a few of us who believed in him and the abiding project to make a difference when given an opportunity.

The Party virtually had its Secretariat anchored on the shoulders of Hon Amidu Chinnia for more than a decade service. From then in 2008 when he resigned to contest the Sissala East Constituency Parliamentary primaries and I took over. Talking about that 2008 contest, Huh! It was a major drill and water shed. An experience unforgettable. Anyway that is a discussion for another day. 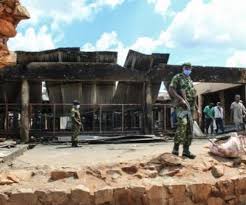 Today's is a quick recap on the journey of one of the most successful young political leaders of Sissala. Yes I say so bearing in mind the responsibility that it bears and comes with. Tell me a young, dynamic, influential and result oriented young political leader of our descent that have had such a rich intra party and community, regional and national appeal as Hon Amidu Chinnia in our recent history? Leave the antics, the political propaganda and all and search your soul you will arrive at none but him. That is not to say he has no checked past, of course he is human, he will certainly do.

Fast forward 2012 he contested and lost to the NDC and like legendary Nesta Marley he lived to fight another day and he did so with candour, magnanimity and poise and God said yes in 2020.

This man had a lot of trust from the President of the republic of Ghana. Of course dating far back during the FoNAA days and all. But that is not the sole or overwhelming factor for his love for Hon Amidu Chinnia. In him is loyalty, competence, dynamism and focus. The President sees leadership, service a and unwavering faith in the young man. Someone who is desirous to effect change and has the ability to mobilise people around his vision for Ghana. This abiding belief in him led to him being appointed the deputy minister for the upper west region for this first term. At a point Hon Chinnia became the acting regional minister for the region. This is who he is, a selfless, loyal devotee.

Today he is the MP for the good people of Sissala East. The jury is out there on in his first anniversary performance. The score card and score board is out there for the objective minds to assess. But one thing is obvious: This man has been a worthy ambassador for the Sissala Project. A first time MP but has engaged almost every facet of our communities from education, youth, health, women empowerment and farmers. He is in touch with the grassroots, party folks and the general constituents regardless of your political inclinations. He never refuses to seize an opportunity make his voice heard on the floor of parliament on critical national issues. As a deputy minister of state, Chinnia has been very supportive of his boss.

Let me not pass as blowing the trumpets of the MP. Sometimes you want to be very modest in your approach but the facts and evidences are so glaring and obvious you shudder to shy.

I do this today, 7th Dec 2021 because this is a very important day in the annals of the political history book of Sissala East. A day we turned the book on a fresh journey. A day a new trajectory was charted and a day a new horizon was beheld to open doors of opportunities and challenges. A young man who has invested almost all of his young adult life to politics and public service.

Such a phenomenal performer, humble, unassuming, critical minded and dynamic servant. He knows his stuff, he understands his brief and accepts the challenge bestowed upon his shoulders like a sword of domacles.

There is so much more to do. Infact least has been done and achieved. The journey is far from over. But the scintilla of his first anniversary provides a genuine sense of hope and breath of freshness. We will get there, we ain't gonna let go the vision and together we will get our people to a different dimension, page and horizon that makes life better than we met it.

Keep it up Hon Amidu Chinnia!