Assert Independence And Credibility Or Resign – Governor Of BoG Told

The Central Bank Governor must demonstrate his independence and trustworthiness, or the Minority in Parliament will call for his immediate resignation. The minority claims that the Akufo-Addo-led administration has named Dr. Ernest Yedu Addison as a minister. This follows the emergency Monetary Policy Committee (MPC) meeting last Wednesday, which saw a 300 basis point hike in the policy rate.

The Committee cited "heightening of uncertainties in the global economy, rising inflation in many advanced economies, and the consequent coordinated tightening of monetary policy stance by major central banks" as some of the reasons for raising the policy rate from 19 percent to 22 percent.

"Given the situation and taking into account the risks to the inflation outlook, the Committee decided to raise the Monetary Policy Rate by 300 basis points to 22 percent." The Central Bank stated that lack of access to the global capital market is limiting domestic funding in a statement announcing the decision. 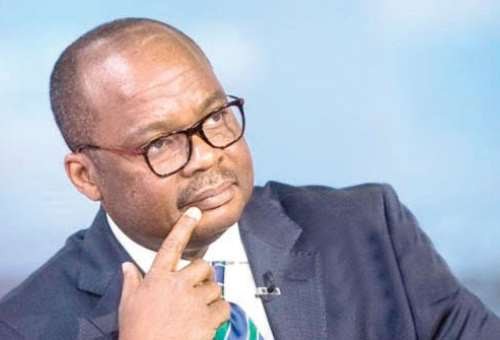 In order to "close the financing gap as reflected in the mid-year budget review," it had applied for an overdraft. The Bank of Ghana and the Ministry of Finance are collaborating to come to an overdraft cap agreement. Here is where the Minority believes the Central Bank is just acting in the government's favor at the expense of the legitimacy of policy.

“Consequently, the NDC Caucus in Parliament hereby wishes to remind BoG again that it has all the independence and powers to engineer a move away from the current fiscal dominance that we are experiencing,” the Caucus said in a statement issued by Leader Haruna Iddrisu on Friday, August 19.

“Most of [Bank of Ghana’s] actions in recent times are surprisingly schemed to accommodate financing of government, without regard to the negative impacts of such dominance. This is undermining the credibility of its policy decisions and needs to be curtailed.”

“The Governor of BoG must assert his independence and credibility or immediately resign as his counterpart in Egypt has done. Governor Tarek Amer resigned only yesterday following criticisms over his handling of the country’s financial challenges which have seen the Egyptian local currency depreciate significantly against the US dollar in recent times.”

Therefore, if Dr. Addison cannot be firm, the Minority wants him to resign immediately like his counterpart in Egypt.

Africa Is Building A $6 Billion Mega City In The Sea