By Discoverers_Gh (self media writer) | 1 year ago 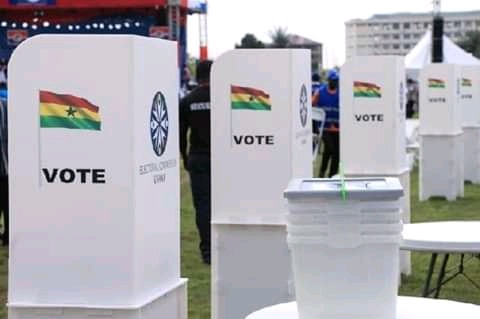 The National Democratic Congress (NDC), the largest opposition party in Ghana as far as the fourth republic is concerned, seems to be finally caught up by the Electoral Commission after a smooth conduct of the special voting exercise for workers of the media, the Ghana Police Service and Armed Forces personnel.

According to the Chairperson of the Electoral Commission, Mrs Jean Mensa, a total of over one hundred thousand (100,000+) special voters are expected to cast their votes on December 1, 2020 as part of the special voting exercise in all the 275 constituencies accros the length and breadth of the country.

From the Western Region, a Joy News reporter called Ina-Thalia Quansah, who is based in that part of the country was at Kwesiminthi Constituency, and reported that the elections went on smoothly as expected and that all political parties were generally satisfied with the activities of the Electoral Commission so far.

Ina-Thalia Quansah spoke with the NDC Parliamentary Candidate of Kwesiminthi Constituency and he specifically lauded the smoothness of the elections and assured that the NDC cannot be violent if the election is free and fair and transparent. He said that the NDC also has no track record of such since 1992 and they can't afford to do that.

In the Greater Accra Region, one other correspondent of Joy News spoke with the incumbent NDC Parliamentary Candidate for the Ningo-Prampram constituency, Sam George (popularly known as Sam Dzata George), and he expressed satisfaction so far with the conduct of the elections and expressed confidence that he and former President John Dramani Mahama will take the mantle on Dec 7 hopefully.

Also in the Volta Region, Ivy Setordzi, a Joy News correspondent, interviewed a few members of the National Democratic Congress and the NPP and their responses were positive.

According to Ivy, the general atmosphere is calm and and though, some people have not found their names in the register just like other polling stations, these issues were solved and the NDC, and of course, all the parties are much satisfied so far. 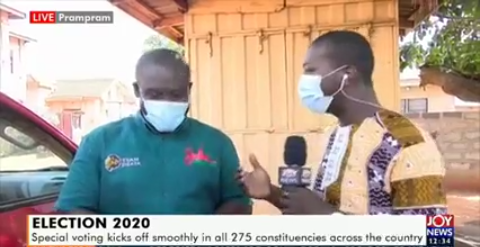 The main purpose for this is to ascertain, in part, at least some level of dependence and confidence of political parties in the Electoral, especially the NDC, who are major critics of the EC since day one. Well, it's also important because they (NDC) are especially concerned about the fact that we need a free, fair and transparent elections.