By GH_InformationCenter (self meida writer) | 16 days 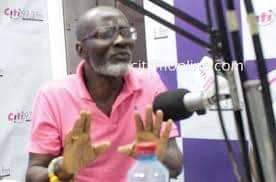 A leading member of the governing New Patriotic Party (NPP), Gabby Otchere-Darko, has advised politicians and political parties in Ghana not to play politics about Ameri power plant which is going to be relocated to Kumasi.

The former Executive Director of Danquah Institute made this statement over the recent decision made by the NEC and GRIDco.

Speaking in an interview on City FM 97.3 at Adabraka, Accra said, some Ghanaians have begun to accuse the President of the republic of Ghana, His Excellency Nana Addo Dankwa Akufo-Addo for being behind NEC and GRIDco's decision.

That is some politicians are alleging that the President want to reward the Ashanti Region for their massive support for the New Patriotic Party over the years. He described such claims as propaganda as he defended the President against claims of nepotism and cronyism.

Ashanti Region is most region which have low voltage known as low current and there is not any power generation there that is why they decided to move Ameri power plant to Kumasi he said.

As we seek for the country's development, anything that will benefit Ghanaians from all walks of life should rather be welcomed than to speak evil against it in the name of politics, Gabby Otchere Darko added.

"ECG and GRIDCo Are We Going Or Coming; Don't Be Ashamed To Bring out Dumsor Timetable"