Ghana Wouldn't Be Like This If NPP Had Stayed In Gov't After Kufour - Prez. Akufo-Addo

By JNTurkson (self media writer) | 2 months ago

There have been several debates between these two major political parties over who is the best in terms of governance. President Akufo-Addo believes that the NPP administration is the best and that the country wouldn't be in the current state we find ourselves in if the NPP had been in government after 2008. 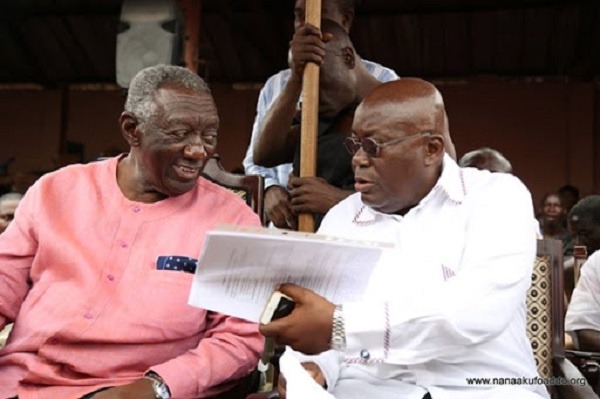 For some time now, there have been calls by various individuals complaining of economic hardships amongst others. The president during his just ended tour in Ashanti Region stated that the country would have seen the desired changes Ghanaians want if there was no change in governance, that is if they NPP had continued to be at the helm of affairs after Kufour had completed his term in office.

He added that the party's aim is to break the 8-year term in office chain and thus he would support any candidate who would be elected as the party's flagbearer for the 2024 general elections.

Do you think things would have been different from as it is now if the NPP had stayed in government after the Kufour-led administration? Kindly leave all your comments below.