Okraku-Mantey: "Akufo-Addo was applauded; I didn't know he was jeered." 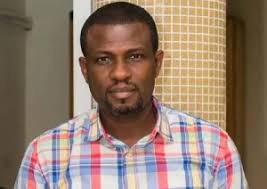 Even though he was there at the Global Citizen Festival, Mark Okraku-Mantey, the deputy minister of tourism, arts, and culture, claims that he never saw the "so-called booing of President Nana Addo Dankwa Akufo-Addo."

Mr. Okraku-Mantey claimed that while seated at the event, he never heard anything of the such until the following day, when recordings of the aforementioned occurrence were transmitted to him.

I was present. I was unaware that he had been jeered until after I departed and returned home the next day. The yells and shouts I missed. I didn't hear everything. I attended the celebration alongside the president, his family, the mayor of Accra, and the security staff. He told Hitz FM in an interview that the gathering was too big for it to have happened on only one side.

The government appointee was asked about his opinions on the video, in particular, his initial response, and he stated that he feels an agenda has been carefully planned.

"My initial thought was, "Could it be that it happened, and I wasn't aware, and if so, why was there no tweet about it that night?" Why was it necessary for them to wait until after five or six hours? For the first time since the booing began, social media was quiet till the next morning. It gives me the impression that there is a well-planned agenda at play. Even from a distance away from the stage, it was evident who took the video, "explained he.

The president stepped up to give his address, and Mr. Okraku-Mantey maintained that all he heard from his seat were cheers and shouts of his many nicknames, not hoots.

"For approximately a minute, the president was rather greeted with applause. There were raucous applause when he got up to give his speech, including Addo-D and the others, "said he.

However, he thinks that taunting the president and spreading such rumors would only damage the nation's reputation abroad.

According to him, such rebellious actions won't help the tourist industry, which aspires to be the top contributor to the nation's GDP, "I have never witnessed an event of this magnitude. Even the setup, the stage's vastness, and its enormous scale. Some are unfamiliar to us in this nation. I don't believe that actions like this will further our goal of becoming the top tourist destination in the world. Turn it around and pretend that both occurred there."