According to Kwame A-Plus, the Majority in Parliament didn't appear in Parliament today in their numbers although they were tasked to pass the budget the New Patriotic Party has introduced.

He claims the Majority in Parliament was supposed to appear in their numbers so that the budget which was presented by the Finance Minister can be passed.

He said; "Come and pass your budget too you have run away" the purpose of the Majority not appearing in parliament is not known but he claims they have run away.

He posted this information on his official social media accounts today.

In the comments section of his post, many people supported his claims that the Minority in Parliament are scared to pass their budget that is why they did not attend the sittings today.

Kwame A-Plus claims the New Patriotic Party which forms the Majority in Parliament is scared to pass their budget that is why they didn't appear in the Parliament House today.

Check out the screenshot of Kwame A-Plus post below. 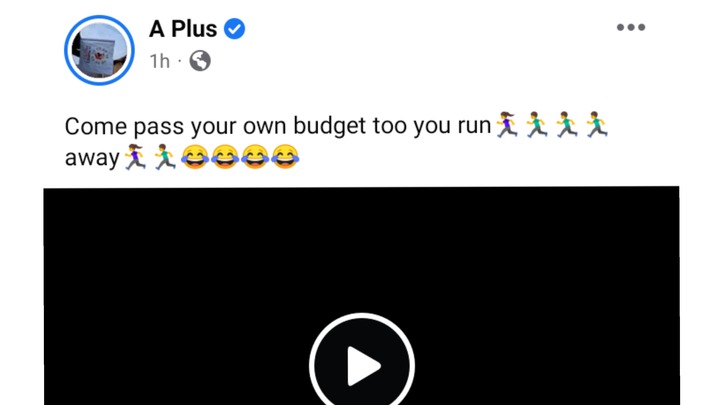