Yesterday, November 26, 2021 would go down in history as one of the saddest days in the life of our Ghanaian Parliament. As the much anticipated debate and voting of the budget was about to begin, one side of the house was empty due to the absence of the majority Caucus. Ghanaians have shared mixed reactions over the attitude of the lawmakers and has called for a change.

Interestingly, the speaker of Parliament, Rt Hon. Alban Sumana Bagbin ensured that proceedings are done despite the absence of all the 137 MPs from the majority Caucus. At the end of the voting, the Minority rejected the budget with a 137-0 votes against the budget. Matters arising suggest that the majority has disagreed with the Speaker and has called for a review of the proceedings.

Citing a statement from the Majority Leader Honourable Osei Kyei Mensah Bonsu, he indicated that the voting is unconstitutional, null and void and has no effects on anybody. He recommended that another voting is conducted after a properly constituted parliament.

Earlier today, November 27, 2021, outspoken Journalist and Managing Editor of the Insight Newspaper, Mr. Kwesi Pratt has waded into reactions concerning the budget. Kwesi Pratt has boldly vented his anger over the attitude of the majority group, as he describes their actions as bad and unexpected.

Speaking in an interview on Alhaji and Alhaji show hosted by Sena Nombo, Mr. Kwesi Pratt believes that the statement from the Majority Leader is terrible and irresponsible to make. Kwesi Pratt pointed out that the NPP MPs could avoid these brouhaha by cooperating in the meeting. 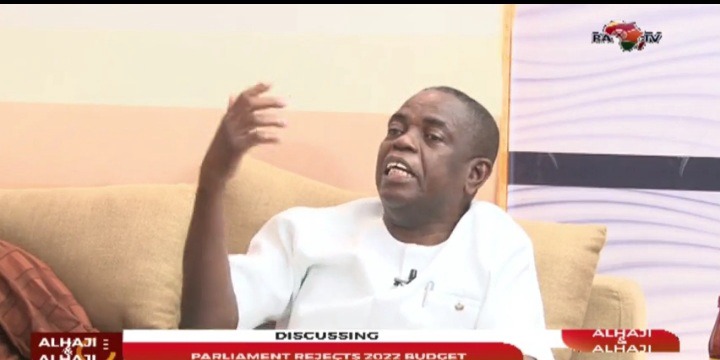 Speaking further, Mr. Kwesi Pratt suggested that government should introduce consultation on budgets to avoid the occurrences of such unfortunate incidents in the future. He is of the conviction that Parliament could solve the issue by holding an emergency meeting to reconsider the policy proposals by the government. He explained that the MPs could accept the budget after the E-levy tax is scrapped and taxes are reduced.

He said, "Rejecting a budget would be better than destroying the pillars of the nation. There is no alternative to a meaningful dialogue on the budget. It can take off the E-levy and bring things down. I have a little to say and I believe it will help a lot."