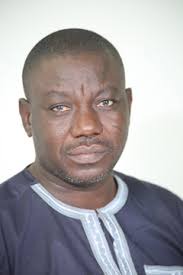 The Member of Parliament for Bolgatanga Central, honourable Isacc Adongo says the president, Nana Addo Dankwa Akufo-Addo, cannot blame anyone but himself for his failure.

According to Isaac Adongo, Nana Addo has surrounded himself with his family members who had poor appreciation of the economy and as such has ruined his administration.

Contributing to a panel discussion at Okay FM morning program 'Ade Akye Abia',the MP for Bolgaranga Central says the Russian and Ukraine war should not be mentioned at all when it comes to the state of Ghana's economy because according to him, it is too much borrowing by the government and spending of the borrowed monies on irrelevant projects which has caused this bad economy.

According to him, president Akufo-Addo will be known as one of the worst president's Ghana has ever had.

He stated, "But President Akufo-Addo has caused his own failure because he has surrounded himself with his family members who had poor appreciation of the economy and they have eventually ruined his administration. President Akufo-Addo will go down in history as one of the worst presidents the country has witnessed."