"It is Insane to think that apart from Mahama, nobody is competent enough" - Yaw Boateng Gyan 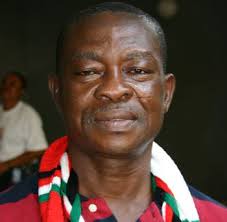 The National Democratic Congress (NDC) Former Organizer, Yaw Boateng Gyan, had stated categorically that "It is insane to think that apart from Mahama, nobody is competent enough."

He noted thay "It is insane to think that aside Mahama, nobody is competent enough to lead the party. There are several other competent people out there who have shown leadership qualities," he remarked.

Mr Yaw Boateng Gyan argued that representing the party as the flagbearer is not a birth right for a particular person. He added that as their name suggests 'democratic' and therefore they should allow comepetition among themselves instead of projecting just a particular person.

He stated "There are certain NDC characters who presume the party belongs to one person and that it is that person's birth right to be flagbearer of the party . . . the name of the party indicates it's a National Democratic Congress; we should be very democratic in our doings and allow for competitive competition if the party is searching for someone to be its leader," he noted.