Yesterday, I Felt Sad For This Country After Reading The Bill On The E-Levy - Bernard Mornah 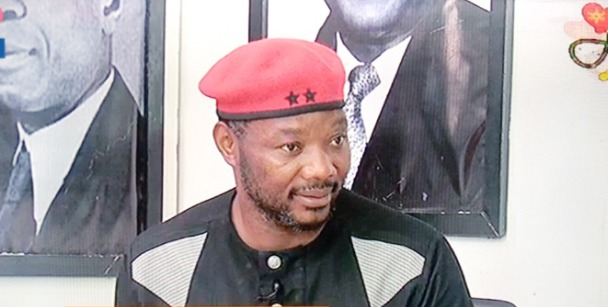 The former Chairman of the PNC, Bernard Ambataayela Mornah, has stated that yesterday, he felt sad for Ghana after he read the bill on the E-Levy because the justifications given by the Finance Ministry for the collection of the E-Levy was the same justification given for the taking the 2.2 billion Euro Bond by the government.

Bernard Mornah made this statement on 'Good Morning Africa' on Pan Africa television this morning, 17th December 2021, when he gave his opinion on the E-Levy and the return of Alban Bagbin in Parliament.

According to Bernard Mornah, yesterday, he read the entire bill on the E-Levy three times, and after reading it, he felt so sad for this nation.

Bernard Mornah stated that he hopes that our Members of Parliament have gone through the E-Levy bill and have perused it because it was the same argument that they used for every bond that they've secured. It's like a rehearsed standard.

Bernard Mornah revealed that he was happy that in the course of the Speaker of Parliament's presentation on the E-Levy yesterday, he could hear voices saying that zero percent E-Levy. That means that our MPs are becoming responsive to the plight of Ghanaians.

Bernard Mornah maintains that of the "Justice for Ghana" stand that there should be no E-Levy and the hashtag is #notoe-levy, so they are going to act. He added that they have given the government up to Tuesday to respond to them, but they have not responded, so they will take action very soon.