By CueNews (self media writer) | 3 months ago 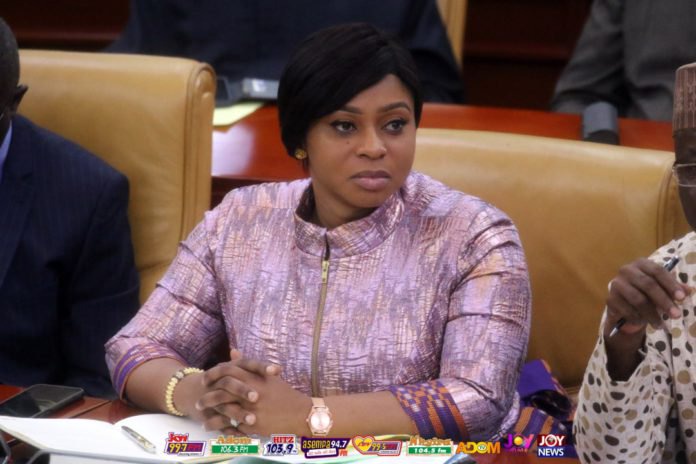 Member of Parliament for Ada, Honourable Comfort Doyoe Cudjoe-Ghansah, has disclosed another reason for the absence of Dome-Kwabenya MP, Sarah Adwoa Safo from Parliament.

According to her, the ‘absentee’ MP is currently experiencing post-birth complications hence her absence.

In a Twi interview with Accra–based Okay FM, the Second Deputy Minority Chief Whip hit hard at the Majority caucus over their continuous demand for ‘absentee’ MP, Sarah Adwoa Safo to return to Parliament.

She indicated that the continuous falsehood being ascribed for her absence was uncalled for even though the majority group needs its full numerical strength to pass the controversial E–Levy.

“Adwoa Safo is very active in Parliament. Her activism is impressive. If you check our records from the time she became MP, she is not someone noted for absenteeism.

“If you don’t see her in the House, it means she is on a parliamentary work assignment within or outside the country.

“People must know that her present absence means something is amiss. She has gone to deliver a baby. There are several complications in childbirth.

“I know someone who went blind after delivering a baby. She has gone to deliver and is experiencing post complications.

“Let’s give her time to take care of herself and recuperate so that she will come back to join us in Parliament.

“It looks like we want the numbers in parliament and so if she won’t be able to come then we should peddle falsehood so that she is removed. It is not done that way. What we can do is to pray for her,” she said on Friday, February 25, 2022.

Sarah Adwoa Safo has in recent times become very topical as a result of her absence from Parliament.

Two NPP MPs, Kennedy Agyapong and Michael Okyere Baafi claim that she is holding the party to ransom.

According to them, she is blackmailing the party to be made Deputy Majority Leader.

Kennedy Agyapong in particular has described her as a ‘failure in life’ for making such alleged demands.

Meanwhile North Tongu MP, Samuel Okudzeto Ablakwa has revealed that Adwoa Safo is not the only culprit in absenteeism.

He cited Kennedy Agyapong and Henry Quartey as having also been absent beyond the 15-sitting threshold.

Per Article 97 (1)(c) of the 1992 Constitution, an MP shall vacate their seat if he/she is absent, without the permission in writing of the Speaker and is unable to offer a reasonable explanation to the Parliamentary Committee on Privileges from fifteen sittings of a meeting of Parliament during any period that Parliament has been summoned to meet and continues to meet.

Content created and supplied by: CueNews (via Opera News )

Sowing A Good Seed Of Character