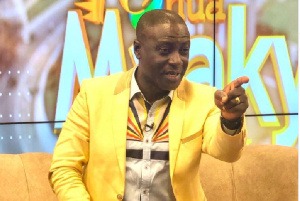 Godsbrain Kwadwo Smart has encouraged his followers to be bold and speak true to power anytime they have the opportunity. He made this clarion call moments after he was granted police enquiry bail by the Nima Police.

Captain Smart was arrested by the police for comments he made yesterday on his Onua Maakye morning show that the police said can disturb the peace and stability of the country. He was subsequently arrested and cautioned. It took the intervention of his employers to secure him a bail. There was no details about the bail. 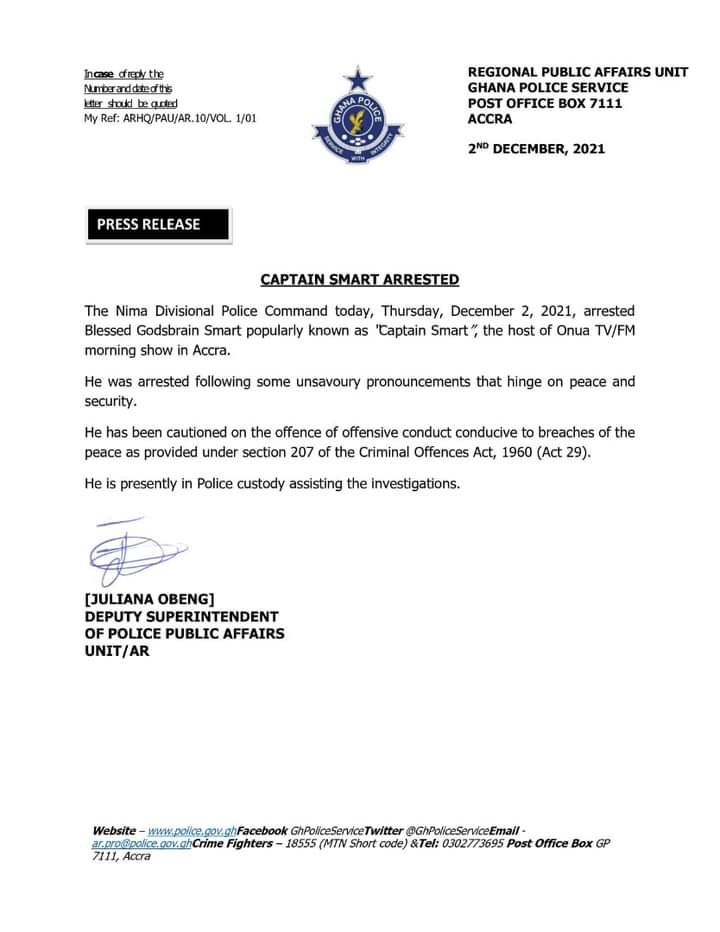 Media Generale issued a message that could best be described as solidarity to one of theirs who went into trouble. According to management of the giant media house, what Captain Smart said did not amount to breach of the peace of the state as the police suggested.

It stated that the use of police in intimidating journalists who are critical to government should not be encouraged. It further urged journalists across the country not to be intimidated by actions of the police. 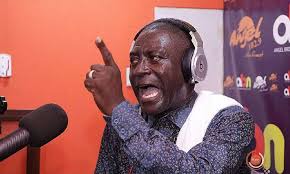 It will be recalled that during his usual morning show on Onua TV yesterday, Captain Smart allegedly went overboard in his criticism of the Government. The fire brand journalist called for an uprising in the country. As if he knew his comments could be misconstrued and get him into trouble, he quickly clarified that he was not calling for millitary take over but a civilian uprising with positive defiance. But that clarification didn't safe him from trouble. 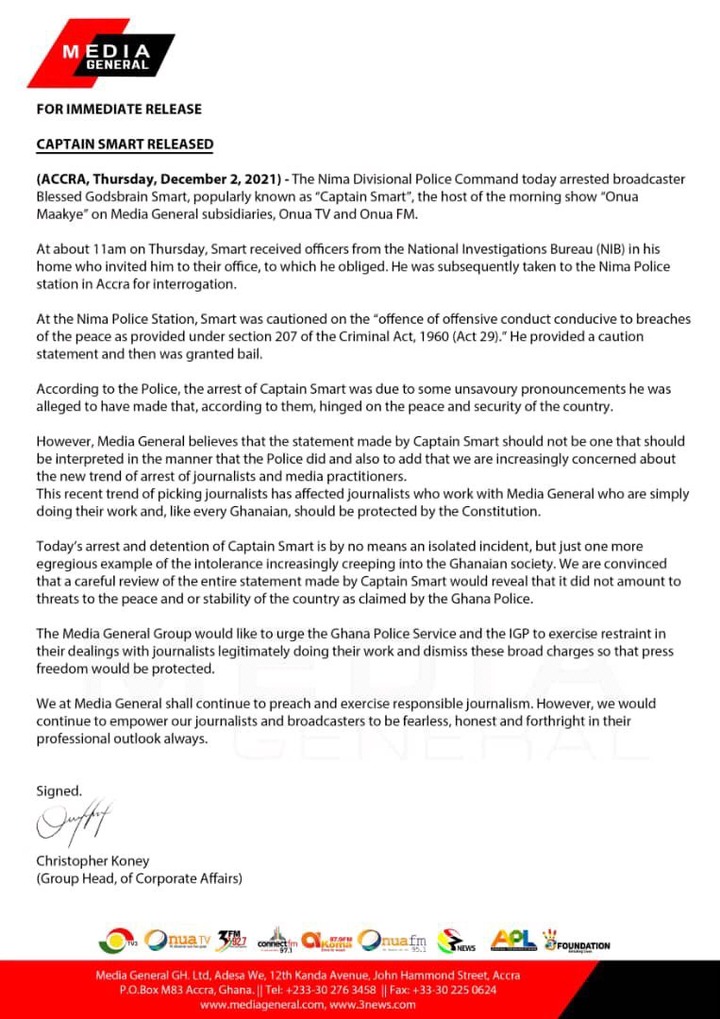 CitizenOn is closely following the situation and will update followers soon.