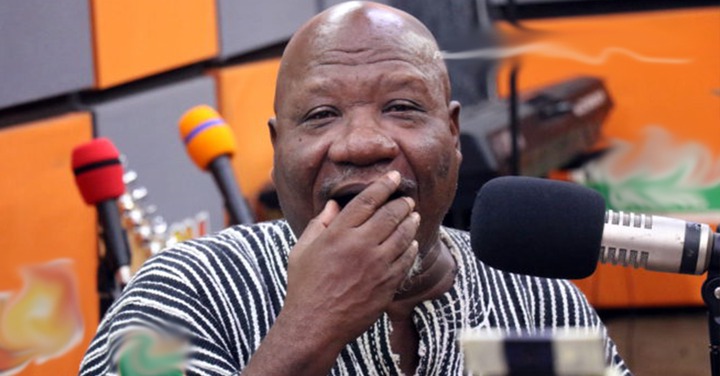 Social commentator and former Central Region Chairman of the National Democratic Congress (NDC), Mr. Bernard Allotey Jacobs has revealed that his life is currently being threatened by unknown persons.

According to Mr. Allotey Jacobs, he was being followed by some young men on a motorbike after his appearance on Asempa FM on Wednesday, March 31 2021.

He adds in an interview with Skyy Power FM that due to the fear for his life, he decided to spend the night in Accra and continue his movement to Cape Coast the following day.

Mr. Allotey Jacobs further disclosed that on his way to Cape Coast, a strange text message appeared on his phone. He indicates that immediately after receiving the text message, he went into hiding.

“After the Asempa FM Ekosii Sen Program, I saw some motor bikes following me. I diverted my way and they were still following me so I decided to sleep in Accra. I left at around 5am and used the Mankesim to Abieze road. I then moved to Yamoransa Junction and to Cape Coast. When I got to the Aggrey Memorial bridge, I received a text message that, I should relocate from wherever I am because there are assassins after me, and that they even want to burn my hotel”. Mr. Allotey Jacobs indicated.

Mr. Alottey Jacobs was unable to disclose the identity of the person who sent him the message but he indicates that the issue has been reported to the Police officially.

“It was a highly respected person who sent me that message. I’m now in a location and I have reported it to the Police. I’m not taking this threat easily. I’m not afraid but my conviction is that I should not be behave like a kid. I have over 40 workers with me, they even want to burn the hotel so I have told them to be on high alert. I respect the information and I’m managing it well. I do not want to be killed for any reason”. He alleged.

I was taught strategic security communication; ministers who must be sacked for non-performance

JUST IN: Ghana’s 40-Man Squad Is Reportedly Out- Check It Out

“This is Why Ghanaians Shine in Italian League” - Top Agent Reveals