By Dolaw (self media writer) | 5 months ago 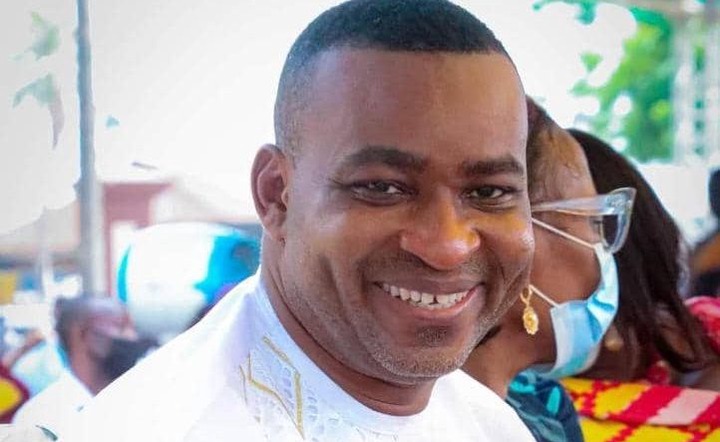 It is all the record that several publications stated that the Ashanti regional chairman has publicly endorsed the candidature of the Vice President. In the report, Chairman Wontumi noted that his mandate was renewed by the delegates to support the Vice President. He, therefore, cannot go against the wish of the party members.

However, the statement by the General Secretary noted that such conduct contradicts the party's rule of engagement and therefore has invited Mr. Bernard Antwi Boasiako for deliberation over the matter. He added that failure to comply with the directive will attract sanctions.

The statement further cautioned other party officers from taking sides, and failure to comply will also attract sanctions. He also cautioned the various aspirants to desist from any act that does not project free and fair elections.

The statement noted that "Attention of the National Executives of the new patriotic party has been drawn to a video circulation in which. Mr. Bernard, the Ashanti regional chairman of the party, openly and does one of the party's presidential hopefuls.

"The General Secretary subsequently extended an invitation to Mr. Bernard to engage him on the need for officers of the party at all levels to desist from such conduct.

He further stated that failure to comply with the directive may lead to consequences and sanctions against such offending officers and members of the prospective aspirant in line with the grievance procedure stipulated in the code of ethics. 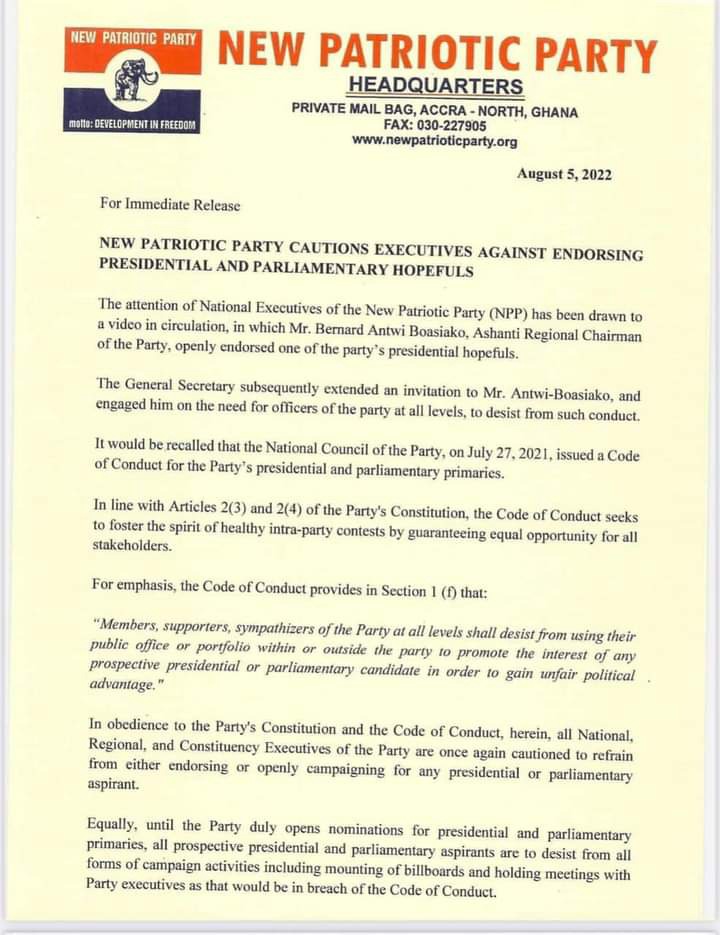 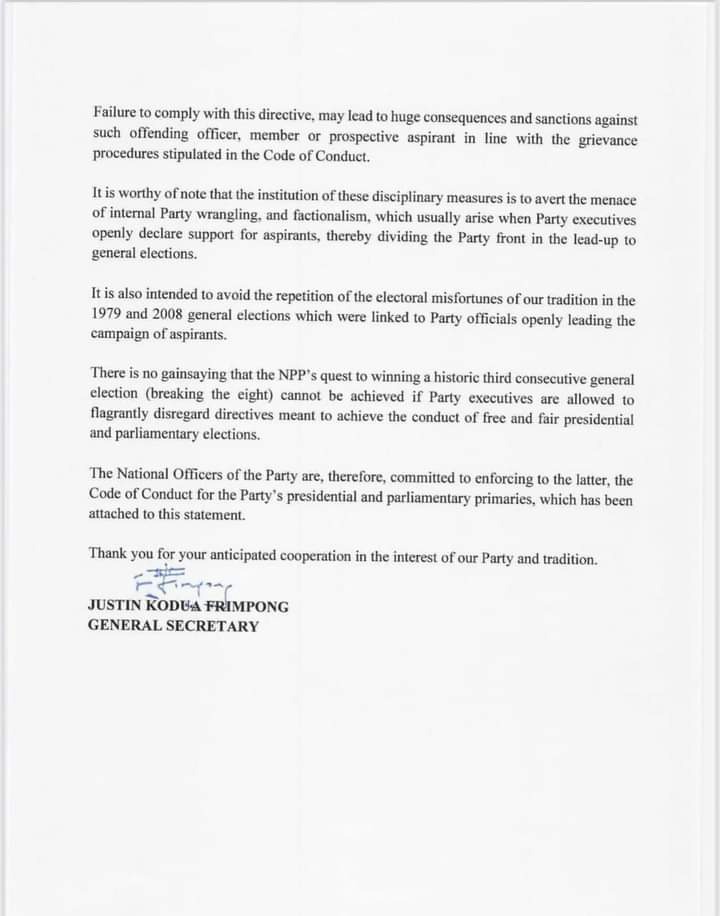