By cecilmenz21 (self meida writer) | 1 months 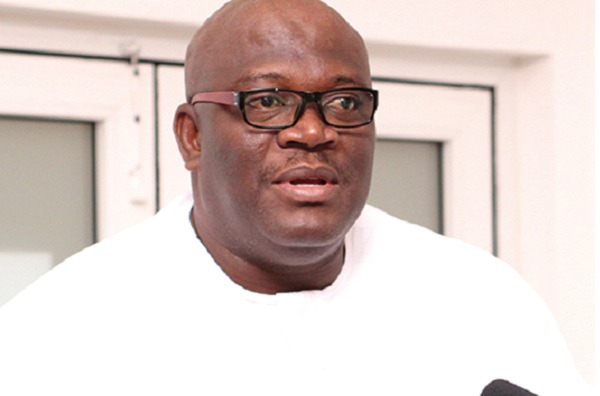 The Greater Accra Regional Minister has heaped praises on all the sellers and dwellers at Agbogboloshie market who have been law-abiding and without hesitation moved to the Adjin Kotoku site before the July 1, deadline.

According to the Minister, sixty percent of the people who sell and dwell in the Agbogboloshie market area have moved to the new site(Adjin Kotoku) since provisions were made for their relocation in the Greater Accra Region.

He said despite these achievements, a few of them have been recalcitrant in swiftly moving to the new site earmarked for Onion sellers, livestock sellers, scrap dealers, food vendors among others in the area.

He further thanked them for the patriotism they have shown since the decision was taken to move them to the new site.

The Regional Minister who is also the New Patriotic Party’s Member of Parliament(MP) for Ayawaso Central Constituency said this feat was achieved by the Regional Coordinating Council (RCC) in collaboration with the Office of the National Chief Imam, Sheikh Nuhu Sharubutu, main opposition National Democratic Congress’ Members of Parliament(MPs) from the Upper East Region and the NDC Member of Parliament for Ablekuma Central Constituency in the Greater Accra Region.

He was quick to add that these are Minority MPs but they were devoted to the course of making the ‘Accra Work Again’ campaign.

He commended them for their commitment to making Accra work again campaign a reality.

He said all the needed provisions have been made for the settlers at Agbogboloshie to move to the new site to kick starts the redevelopment exercise of the Agbogboloshie area otherwise known as Old Fadaama.

He said the RCC has allocated a whooping Five hundred thousand Ghana Cedis as compensations for all who are willing to move to the new site.

He explained the RCC will July 1,  take possession of all the lands in the area and nobody would be allowed to ply their trade in the said area.

The RCC intends to wall the area and green it to beautify the city of Accra as part of the campaign to make Accra work again! He maintained.