By Tinchie (self media writer) | 20 days ago 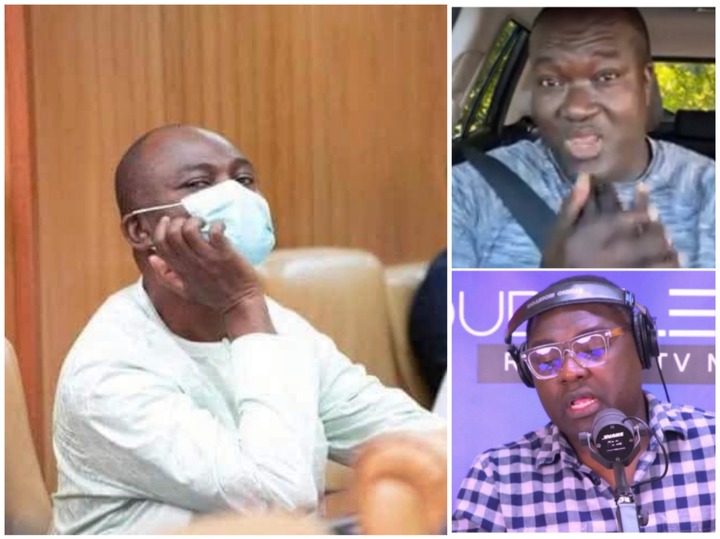 It has been alleged that self-styled broadcast journalist, Kevin Ekow Taylor is pleading to be pardoned by the Assin Central legislator, Kennedy Agyapong to withdraw his application of suing him in the courts of the United States of America for defamation. The allegation as made by Daddy Fred of the Announce Newspaper has it that the young journalist has resorted to routing his pardon through some elites whom Kennedy Agyapong respects.

Daddy Fred in a video post on Facebook said that Kevin Taylor is wallowing in regret for defaming the person of Kennedy Agyapong with matters of criminality some of which included the unresolved cases of Ahmed Suale, and J.B Danquah Adu. He mentioned that Kevin Taylor had learned about the weight of accusations and reliefs the lawmaker is forwarding to the US court against him, a matter he feared could end him in irredeemable trouble.

He added that Kwaku Skirt is equally going to suffer the suit. Daddy Fred stressed that neither Kevin Taylor nor Kweku Skirt can afford to pay for the damages the US court may slap on them when the case succeeds in favor of the lawmaker.

"He is currently begging to be forgiven. Kevin Taylor is using some elderly people to plead for forgiveness on his behalf. He has realized the case will end him and Kwaku Skirt in jail.

"The damages involved are huge and they cannot afford it. They have come to that reality that they don't have any evidence to the allegations, and given that Kennedy Agyapong is ready with his document, he is now seeking to be pardoned."

Daddy Fred disclosed that the opposition National Democratic Congress (NDC) who Kevin Taylor trusted would have come to his defense in such a trying moment, has abandoned him. He said this is more reason that the young man is desperately seeking Kennedy Agyapong's forgiveness before it gets too late.

"The NDC has disappointed Kevin Taylor. They were the only hope that he had but at this moment no one is ready to stick his neck for him. This is indeed a difficult time for him," he concluded.