For Disobeying Court Order, Assin North MP Could Be Liable For Contempt 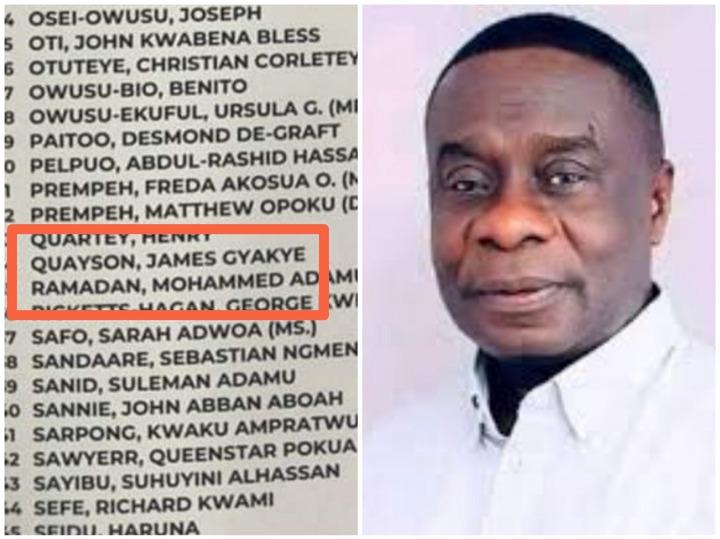 The National Democratic Congress (NDC) might have succeeded in convincing the embattled Member of Parliament for Assin North, James Quayson, participating in Parliamentary activities, despite a restraining order issued by the Cape Coast High Court. The embattled legislator for the morale given him by his senior colleagues of the NDC Caucus got the nerve to stand for the swearing in ceremony for the 8th Parliament.

It was explicit, an order to restrain Mr. James Quayson from being sworn-in, and from holding himself as the Member of Parliament elect for Assin North Constituency, and that the court issued and was served on the Clerk of Parliament for his action on the matter involving the Assin North MP and the challenge to his election. In defiance of the order of the competent court, Mr. Quayson could be held liable for contempt of the court.

His defiance of the order constitutes a serious offence and could suffer the consequence which could be a fine or a term of imprisonment. The gross disregard of the court is unpardonable.

As the January 7 inaugural ceremony for the 8th Parliament is over, Mr. Quayson is left to carry "his own cross" awaiting any consequence of his action.

In the ensuing weeks, many would be curious to learn of what happens to him on this matter. But trust me, lawyers of the petitioner would definitely raise this matter up when the substantive issue is called on a later date. With Gary Nimako representing the petitioner, expect him to set an agenda to have the court have a meal of Mr. Quayson.

It would be for Lawyer Abraham Amaliba to "sweat" in the chambers for the disobedience caused by his client, Mr. Quayson.

From many indications, the respondent would not have it that easy defending himself on the matter of his dual citizenship, which is argued to be in breach of Article 94 (2) of the constitution.

Should the court grant the relief sought by the petitioner, the NDC would be taken down by a seat in the house of parliament.