By Alllocalnews (self media writer) | 1 year ago 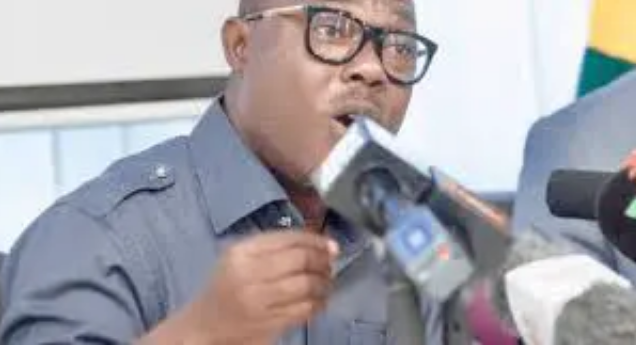 The political science lecturer at the University of Ghana is known for his strong criticism of the Nana Addo government and boldly criticized the president without fear. He once again sent a very strong message.

Although he considers himself a staunch patriot who speaks his own ideas when needed without any political influence, most sympathizers of the ruling New Patriotic Party believe that he has a soft spot for Mahama and the NDC parties. .

This outspoken political science lecturer has handed over the so-called free consultation to the president. If he persists, it will benefit his government and the country as a whole.

Today, during a live broadcast on the key issue of United TV hosted by Yaa konamah, if the lecturer in Ghana boldly told the president that, in addition to some other unnecessary ministries, the university also cancelled the work of the parliamentary affairs department, if he really If you want to be safe, further reduce the number of ministers to a minimum, as he said in his inauguration speech in 2013.

According to the professor. The Gimpo Department of Parliamentary Affairs did not promote the separation of powers among the three government departments, because it indirectly placed the legislative branch of the government under the auspices of the executive branch, which should not be the case under our democratic system.

The purpose of the Ministry (Parliamentary Affairs Department) is to allow the President to exercise the affairs of the legislature according to routine matters. In this case, the independence of the legislature cannot be ensured.

"The fact that it worked in the Couffer regime and your first term does not mean that it will play a role in this work. From the perspective of our current bipartisan parliament with 137 seats, this is not feasible. of."

He concluded: "Cancel the Ministry and let the legislature handle its own affairs, because the executive and judicial departments independently control their own affairs."

It's a professor. Gyampo is so harsh on the government led by Akufo Addo, or does he need to tell the President that this is a painful fact?

Content created and supplied by: Alllocalnews (via Opera News )

A Bad Wind Blowing Through The New Patriotic Party-NPP