I Can Remove You From Office, But You Cannot Remove Me - Alban Bagbin Boldly Tells Akuffo-Addo

By Ghana_News (self media writer) | 6 months ago 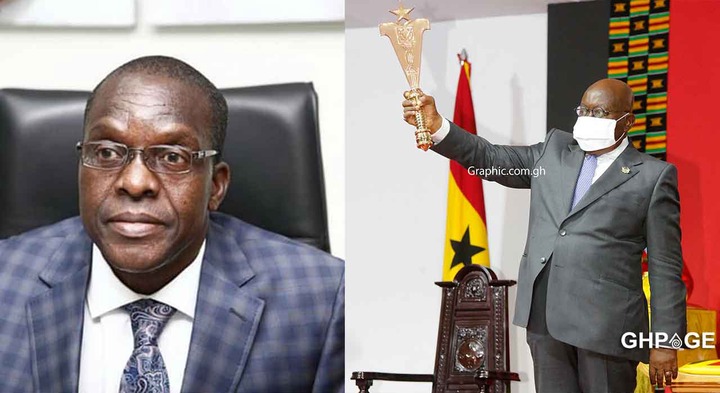 The post budget discussion and its surrounding surprises and brouhaha is not simmering down anytime soon as Ghanaians anticipate for the final deliberations and approval in parliament. It is on record that, the budget has caused massive stir and uproar between Ghanaians who have constantly criticised and opposed the policy measures intended to be introduced by the government.

Recall, a few days ago, the Speaker of Parliament, Rt Hon. Alban Sumana Bagbin registered his resentment over the overuse of the power of the Executive. He was precisely circumspect in his statement and issued a bold warning to the Minister for Roads and Highways to reverse his decision to cease the collection of road tolls. Alban Sumana Bagbin explained that, the executive is attempting to breach parliamentary processes vis-a-vis the implementation of a budget that has not yet been approved.

Over the weekend, the Speaker stormed Ho in the Volta Region to hold a forum on the post budget discussions. Alban Bagbin made several remarks during the meeting, expressing his disappointment over the recent actions taken by the executive arm of government. The tenor of his remarks signaled disappointment and urgency to get things rectified.

One notable statement he made that has sparked massive reactions was his powers to remove a president from office. According to him, Parliament is empowered by the constitution to effect some functions that cannot be emulated by any other organ of government. He was obviously worried over how the budget had been structured by the government.

Speaking further, he indicated that the Parliament or Speaker has the power to remove a president from office but President does not have same powers to remove him from office. He was more concerned about how the Parliament has over the years approved budgets that adds nothing more to Parliamentary services and conditions. He believes budget aids executive more than Parliament and judiciary.

He said, "Over the years, every budget favors the executive more than Parliament. We need to fix this because it doesn't help the House. Let me remind you that the Parliament is empowered not to be a second fiddle to government. As a speaker, the President cannot remove me from office but I can remove him through Parliament."