Our Sakawa Constitution Was Boycotted By Majority Of Ghanaians In 1992;We Reject It-Ernesto Yeboah

By Cityzen_Vigilante (self media writer) | 10 months ago

Did you know that out of a population of about 15 million, only 3.4 million people voted to support the adoption of 1992?

Do you also know that most of the proposals were made by the PNDC and it was never reviewed before the referendum proceeded?

People have always maintained that 1992 was drawn to protect the political elites largely due to the fact that, it was a Military leadership transiting into a democracy and so it had to be drawn in such a way that it in one way or the other serves their interest and protect them.

Leading member of the Economic Freedom Fighters, Ernesto Yeboah has called for 1992 to be amended or scrapped in its entirety. 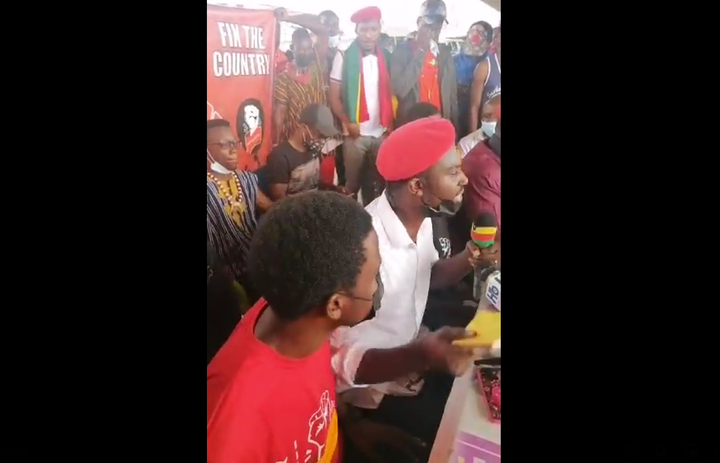 He made this call during a press conference organized by the Economic Freedom Fighters and Fix The Country Movement at the Kwame Nkrumah circle.

He indicated that the 1992 constitution has outlived its usefulness after almost three (3) decades and there is a need for a lot of changes to be made. Ernesto Yeboah re-echoed the fact that more than 50% of registered voters at the time refused to participate in the referendum that led to its adoption and so it is prudent that changes are made after many years.

The Economic Freedom Fighter referred to the constitution as "sakawa" and added that it was only carved in a way to make the ordinary Ghanaian suffer. He bemoaned the immunities given to the President and MPs that shield them from being sued except after 10 years. 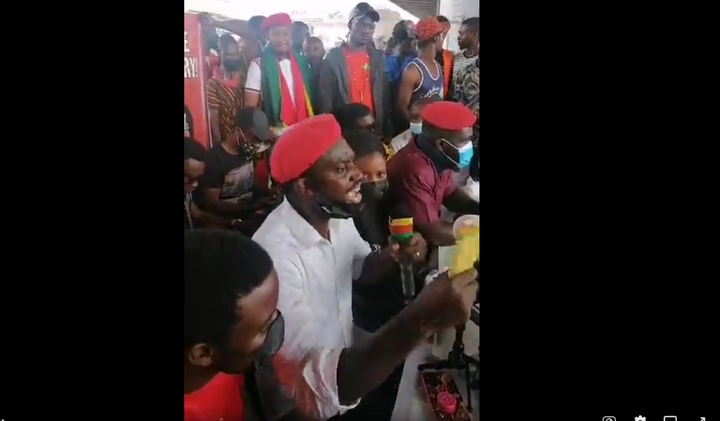 In attendance were Okatakyie Afrifa, Avraham Ben Moshe, Oliver Barker-Vormawor, and others. Visibly missing was Captain Smart of Onua TV.

Meanwhile, Fix The Country Movement has served notice that it would be embarking on another demonstration in Takoradi on September 21, 2021. The group has promised not to relent in its efforts to ensure that leadership takes steps to fix the country.

Which Political Party Will You Vote For If Elections Are Held Today?; Ghanaians Massively React

Can you imagine people are happy to see Ghana go back to IMF, Ghanaians react to Gabby Otchere-Darko

It was a collaborative attempt to cause instability, Kwabena Agyepong reveals why he was suspended