By GeneralConceptMedia (self media writer) | 7 months ago 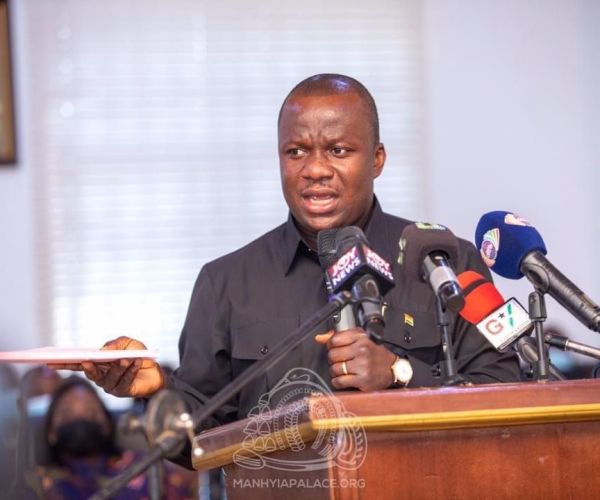 The Minister of Lands and Natural Resources, Hon Abu Jinapor has noted the ministry’s plans to allow chiefs to own lands 100 meters away from major roads in the Ashanti Region.

He said in other regions, chiefs have sole ownership to lands 100 meters from major streets but otherwise in the Ashanti Region.

Mr. Jinapor had it that, the step for the change will be done in collaboration with the Attorney General’s department.

“In the ancient days’ governance under the white made a law which stated that land 100 meters away from major roads in Asanteman belonged to the government for protection, but now our constitution renders such acts illegal.

“But I want to promise Otumfuo that the president is considering the act and as I speak we’re in talks with the Attorney General to seek for means to undo the acts.

The minister went on to say that, “So that Asanteman will become like any other part of the region and won’t be forfeited ownership of lands 100 meters from major roads.”

The Minister at the Ashanti Regional House of Chief’s End of Year General Meeting said land issues are important ones of which elaboration on the New Land Act,2020(Act 1036) is being given and requires certain responsibilities from chiefs who are trustees of lands.

He highlighted some acts in the law saying before the sale of land by a chief, there must be a plan for its registration with the lands commission adding that failure to do so makes the act a criminal offense.

In the company of the lands minister was a delegation from the ministry including the Executive Secretary for the Lands Commission, James Ebenezer Kobina Dadson.

If You Are Serious About Winning 2024 Elections, Get Your People To Register - NDC Told

Did You Ever Know The Fathers Of These 4 Popular Celebrities? - Unseen Photos