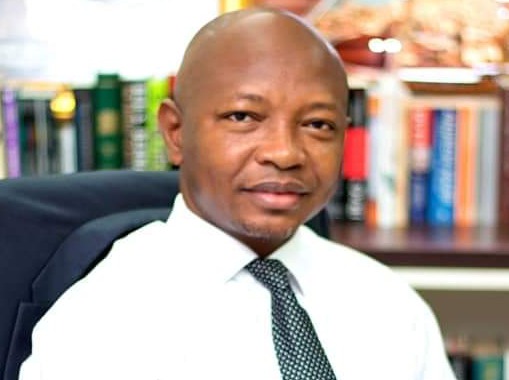 A former Member of Parliament for the Kumbungu constituency, Ras Mubarak has chided the leader of NDC caucus in Parliament, Haruna Iddrisu for his shocking u-turn on the matter of the infamous E-Levy.

After listening to experts and the Finance Minister, the Minority Leader said he was willing to accept a 0.75% reduction in the proposed 1.75% E-Levy in order to save the economy from collapsing. But this was sharply met with public backlash as some Ghanaians called out Mr Haruna Iddrisu, describing his comments as a betrayal.

Subsequently, a statement signed by the Minority Chief Whip, Muntaka Mubarak insists the position of the NDC remains unchanged- total scraping of the MoMo tax from the 2022 budget.

But the outspoken former MP for Kumbungu constituency couldn't have allowed this to pass without having a bite.

To him, the now discredited position taken my his former leader should not be tolerated. He believes that such shifts does not project the NDC as credible alternative in the eyes of the public.

"It is this sort of shifty attitude and dangerous flip fopping that make the public feel NPP and NDC are the same".

In a Facebook post on Friday, Mr Mubarak reiterated that the masses should not be punished as a result of the inability of public office holders to judiciously manage the scarce resources of the nation.

"He's completely lost the plot. It is no longer the views of experts like Kwame Pianim, Terkper, Ato Forson, Nii Moi Thomson an others that matter but that of the Finance Minister who's run the economy to the ground. What a joke. What have they done with taxes collected already?

"In case the minority leader hasn't been reading the Auditor General's report over 12 billion cedis disappeared into thin air due to procurement irregularities and no one had been held responsible. There is waton dissipation of public funds and you want them to take more from the people albeit 1% and waste it as we have seen in 5 years? This is nothing short of a betrayal of the people's cause". 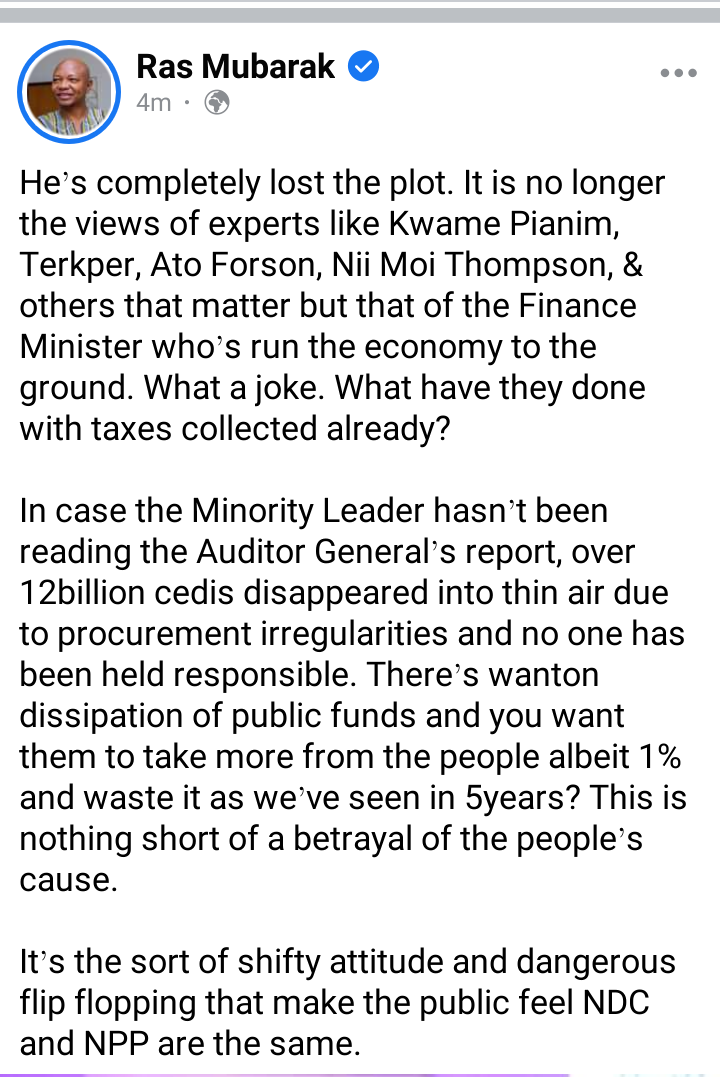