Captain Smart Must Face The ‘Heat’; There Is Nothing As Freedom Of Insult- Hopeson Adorye 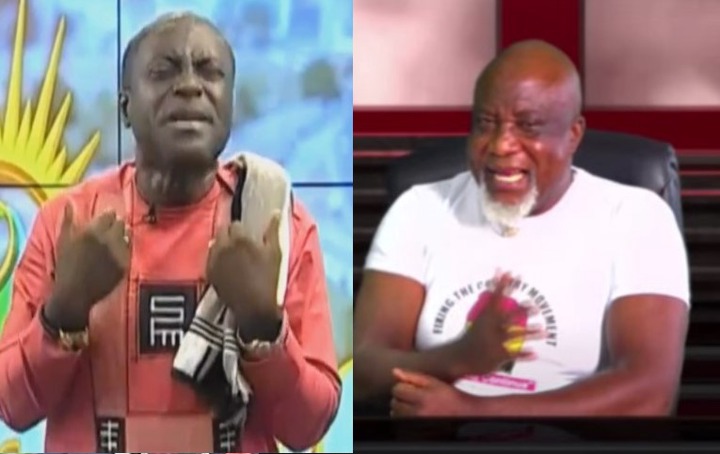 Director of Operations for #FixingTheCountry Movement, Hopeson Adorye is demanding the state deals drastically with firebrand, Captain Smart for verbally attacking the President and his Vice. He argued that the broadcast journalist had on several occasions insulted these authorities during his rants on national television and on his person social media channel.

On this note, and with reference to a petition they had filed with the Police over the conduct of Captain Smart and other conveners of the #FixTheCountry campaigners, Hopeson Adorye indicated that it would be in the interest of the law and to protect the integrity of the Office of the Presidency, to have Captains Smart face the consequences of the law.

According to Mr. Adorye, the law thus not grant anyone the right and freedom to insult any person, “not even the president, he added. He mentioned that among other things, their petition will have Captain Smart hauled before the court to respond to his verbal attacks on the President and his Vice.

“You have freedom of speech and not freedom of insult. The law must take its cause. Those insults from Captain Smart and his team must be stopped. We have filled a petition and they will face the heat accordingly.”

Mr. Hopeson Adorye disclosed that claims by Captain Smart as being a member of the New Patriotic Party (NPP) is totally false. He alleged that the journalist was captured in 2012 mobilizing voters at the Kumasi market for then President John Dramani Mahama and the National Democratic Congress (NDC).

He mentioned that there is no evidence of membership about Captain Smart, adding that his association with former President John Agyekum Kuffour is being used as cover up for his lies. He noted that claims that he [Captain Smart] led protests in the name of the NPP is also a lie.

“In 2012 he was in the Kumasi market taking voter IDs stressing he was mobilizing voters for John Mahama. When did he became a member of the NPP. He should stop those lies.”

Another allegation leveled against Captain Smart is how he reported the dormant Komenda sugar factory produced sugar after its revitalization some years ago. Mr. Adorye intimated that the entire reportage by Captain Smart was cooked.

“They were paid off to produce that fake documentary about the Komenda Sugar Factory. They bought their sugar from Accra here and took it to the Komeda claiming that is what they have in their early morning porridge,” he disclosed.