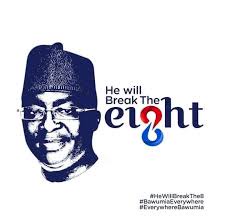 The campaign which is dubbed, 'Break the eight (8) by some section of the New Patriotic Party (NPP) supporters, who are obviously aligned to the vice President, Dr. Mahamudu Bawumia, and will want him to lead the party into the 2024 general elections is still going on despite the express disclaimer by the office of the vice President.

Just after the Supreme Court declaration that, the current President was legitimately elected, and subsequently threw out the John Mahama petition, a poster emerged which is supposed to be an early start of the campaign for Dr. Bawumia for 2024 general elections. The break the eight campaign literary means, Dr. Bawumia is the man to help the NPP pass the 8 year or two terms each NDC and NPP have been reigning since 1992.

Each party takes up the baton and run for eight years, then passed it to the other. But the NPP this time says, it wants to break that cycle and go for more than eight years, and Dr. Bawumia is the man who can secure that ambition for them, hence, the break the eight campaign.

However, once the campaign was getting intensified, a release came from the office of the vice President, distancing the second gentleman from the whole campaign. The statement further urges those behind the said campaign to desist from associating the office from their activities.

Nonetheless, several weeks after the release, the campaign is still on going with more posters being pasted across the country. The question then is; was the statement a mere camouflage? Or are those behind the campaign only being intransigent? 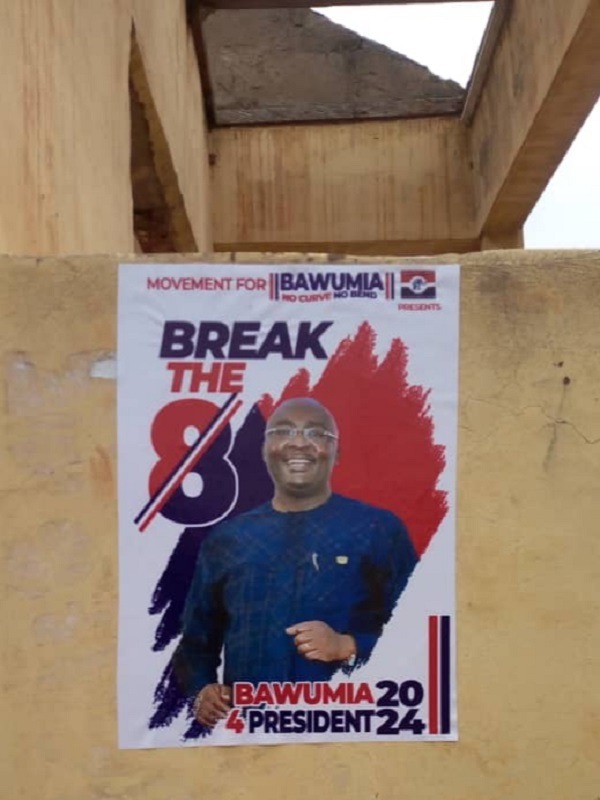 Politics is a complex game, and politicians can do anything to take advantage of the situation and outsmart their competitors. This persisting campaign is probably one of those tactics by the office of the Vice President.

Dr. Bawumia comes face to face with Kojo Alan Kyeremanteng who has contested the current President twice. Mr. Alan is yet to launch anything close to announcing his intention to contest the flagbearaship of the NPP. But, it is an open secret he would.

The break the eight campaign is making Dr. Bawumia take the lead among his peers who are interested in the slot.