43, 000 NPP supporters did not come to vote at Madina - Elections report

By Cecilmenz (self media writer) | 11 months ago

It will not be too long for the constituents of Madina Constituency in the Greater Accra Region to start biting their fingers over choosing quality over just an opposition National Democratic Congress(NDC) parliamentary candidate.

The election report has it that apathy played a role in ensuring the party lost the Madina seat.

A total voter population of One hundred and fifty-two thousand, six hundred and sixty-one, several forty-three thousand NPP supporters on voter roll refused to come out and support the party at the polls.

According to him, his decision was informed by the realization that his agents on the ground let him down.

The incumbent lost his seat to Francis Xavier Sosu of the National Democratic Congress (NDC) by a margin of over 15,000 votes.

According to the elections diagnostic report, as many as forty-three thousand voters on the Madina Constituency electoral roll did not come out to vote on the day of elections.

The reason this large number of voters did not come to vote was because of the ‘Me Nya Twee’ syndrome to wit (I have not had anything for voting for the party). 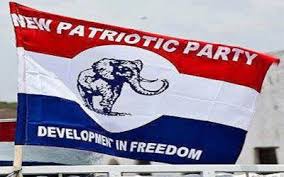 The report further say because of these Madina decided to trade their quality MP and Minister of State at the office of the Vice -President, Mahamadu Bawumia, Alhaji Abubakar Saddique Boniface for the NDC ‘s first-time legislator, Francis Xavier Sosu in the just- ended Parliamentary and Presidential elections.

Even though the elections were fraught with electoral fraud at certain polling stations, the MP decided to let go because as a peace champion, he must live above reproach.

The report further said the sitting MP lost the said elections as a result of external and internal factors in the run-up to the polls.

One week to an election there were ‘Abaye’ taskforce from the La-Nkwantanang Municipal Assembly chasing hawkers, petty traders, and property owners over market tolls and property rates.

This should not have been done but it was done at the full glare of the municipal authorities in the Constituency.

The issue of moles in the campaign team also played a role, where people who joined the campaign at Danfa, one of the peri-urban areas in the municipality campaigned for the His Excellency president Nana Addo Dankwa Akufo-Addo and did not campaign for the MP.

Betrayal from the people of Zongo after all the projects that was made available to them in a little over three years under the stewardship of Alhaji Boniface.

Multi-purpose Astroturf was constructed at Zongo, asphalt roads at Libya Quarters yet the people of Zongo decided to turn against the NPP on elections day.