Even though the election 2024 is several months away, it appears some people have their sights set on it even before it edges any closer.

It is going to be a very critical election for the two major political parties in the country because the incumbent would not be contesting as he would have exhausted the the two term limit set in the 1992 constitution.

There are currently talks of whom should be the next flag bearer in both the NDC and the NPP even though no one has publicly declared his/her intentions for the position in either parties.

The former Ashanti regional Deputy Minister, Joseph Yammin, has served notice to the effect that, the former President John Dramani Mahama, even before the party conducts primaries, is the 2024 Presidential candidate of the NDC and that, any other interested candidate can contest as an independent. 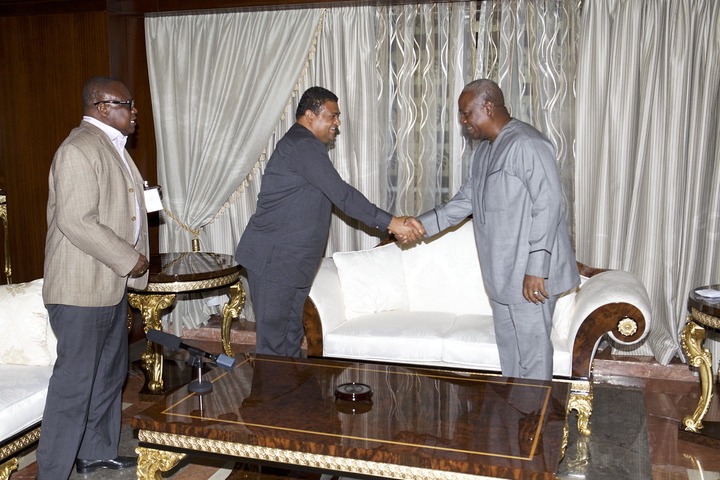 He shared the message on his Facebook wall and Netizens quickly reacted and accused him of trying to cause some friction among leadership and members of the party. 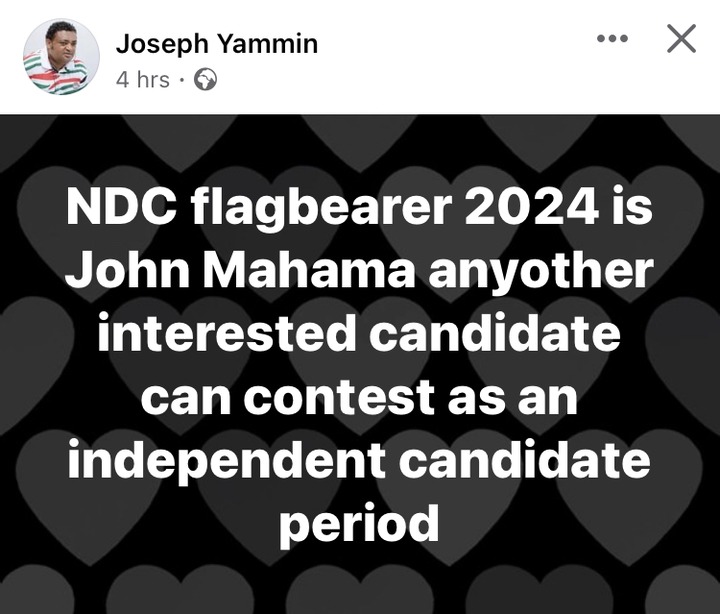 Netizens are obviously not happy with his message and have accused him of trying to divide the party.

The former Deputy Minister did not waste time to respond to some Netizens in equal measure. He was eventually overwhelmed with criticisms. 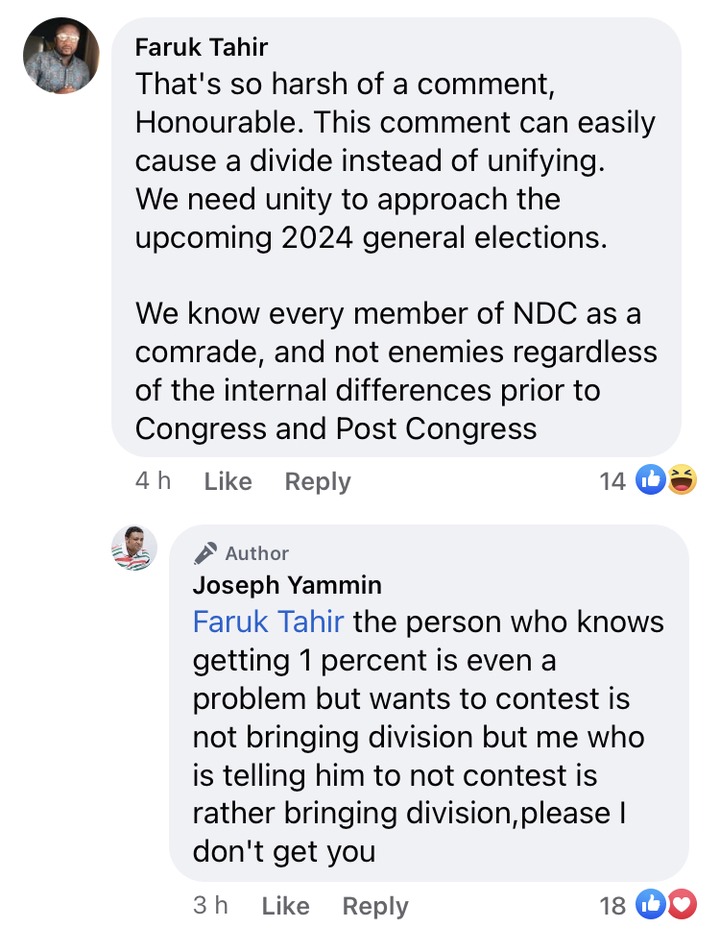 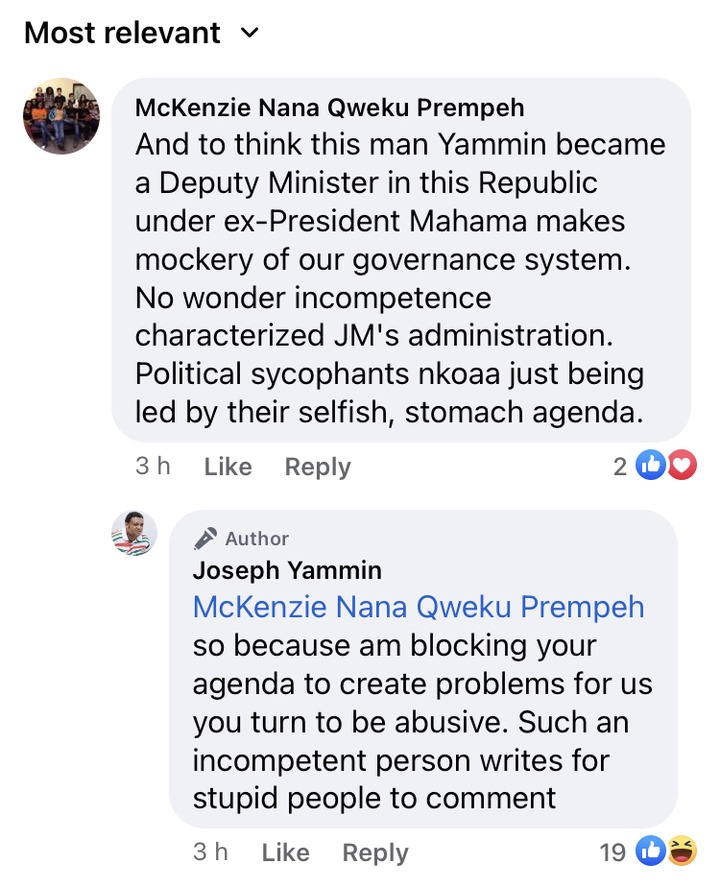 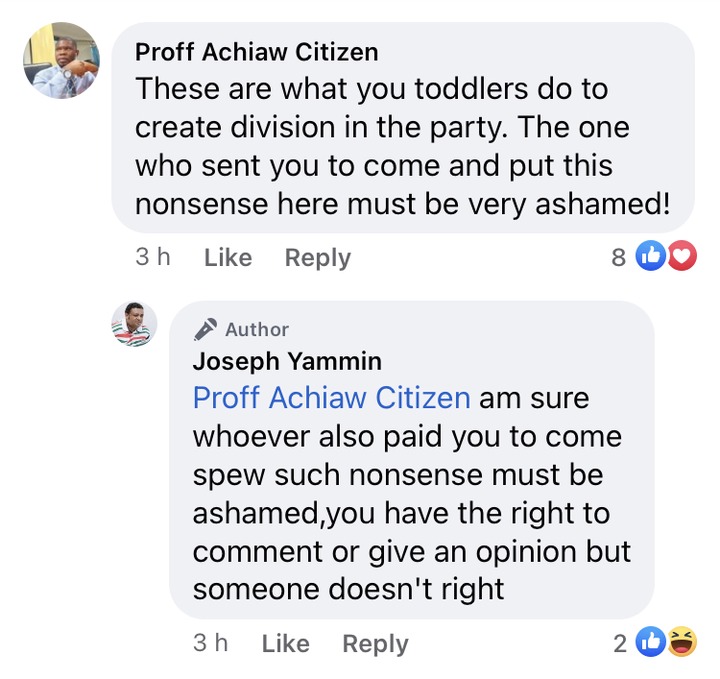 he message by Joseph Yammin is purported to be a response to the former Finance Minister under the late Mills’ administration, Kwabena Duffour’s position that he may contest for the position of the flag bearer of the party for the 2024 Presidential elections during an interview with TV3’s Roland Walker.

Mr Kwabena Duffour indicated that, if he is given the nod, he would choose either Haruna Iddrisu or current Speaker of Parliament, Alban Bagbin, as his running mate.

The race for the flag bearer role is expected to be hotly contested in either of the major political parties.