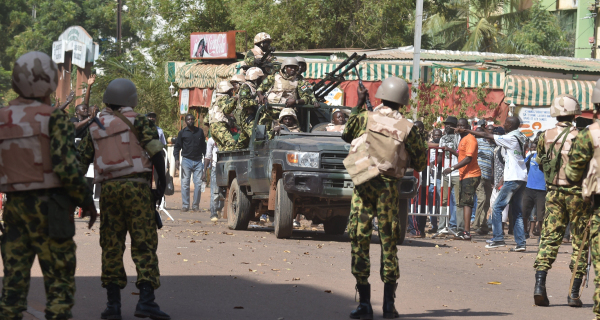 Burkina Faso state suffered another Coup where the sitting President Roch Marc Kaboré is overthrown by the millitary and also detained in a millitary secret place.

Over some months ago, some number of African countries suffered same coups where their Presidents are ovethrown together with the constitution governing their state.

The recent Coup was that of Mali where the ECOWAS and other International bodies placed numerous sanctions on them but they refuse to hid to them.

They have suspended the constitution, dissolved the government and closed the borders, Ouedraogo said, without spilling any blood. They are holding President Roch Marc Kaboré and other politicians in a safe place, he added, that “respects their dignity.”

The words of Burkina Faso’s apparent new rulers contradicted Kaboré's party, which had asserted an hour earlier that the leader had survived an assassination attempt.

Confusion abounded about the fate of Kaboré, who took office in 2015 and faced Islamist insurgencies that only grew during his tenure, leading to thousands of deaths and leaving more than a million people homeless. As regional leaders called for his release, Kaboré — or someone running his official Twitter account — wrote a plea to his captors: “I invite those who have taken up arms to lay them down in the higher interests of the nation.”

Kaboré's private residence lay in ruin, the People’s Movement for Progress said in a statement, and soldiers had taken over the national television station. “Our democracy is in peril,” the party said without clarifying Kaboré's whereabouts or condition.