By GIMURIL_news (self meida writer) | 25 days 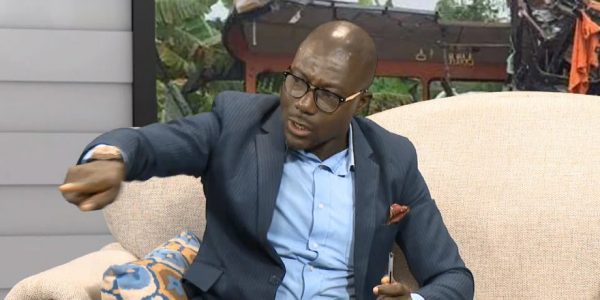 A member of the National Democratic Congress’ communication bureau, Haruna Amaliba has asserted that, President Akuffo Addo should be blamed for the current state of insecurity in the country.

Contributing to discussions on the current state of insecurity and crime in Ghana on EBN TV’s “Oman Dawuro”, he opined that, the high levels of unemployment and the failure of some state institutions to be active has enormously contributed to the current security crisis in the country. Haruna Amaliba further suggested that, the poor economic management style of government has made life so difficult for Ghanaians and that is why they are resorting to all means including crime to survive.

The country has recently been experiencing waves of criminal attacks with the latest one happening in Takoradi where armed robbers shot and killed a 61 year old man.

The outspoken communicator has blamed the security agencies too for their failure to gather intelligence in their fight against crime and accused the President of only employing party vigilante persons who are either not or inefficiently trained to be be in state security agencies.

He further averred that, the failure of state security agencies to fight crime is due to the President’s mistrust in them as declared prior to the 2016 elections when the President, then opposition candidate opted to fly in South African security operatives to protect him instead of relying on state security personnel and so therefore, he is not resourcing them enough.

Meanwhile, President Akuffo Addo has assured Ghanaians of the effort the security agencies are making to ensure protection for life and property going forward.

Content created and supplied by: GIMURIL_news (via Opera News )