By Building_house (self media writer) | 9 months ago 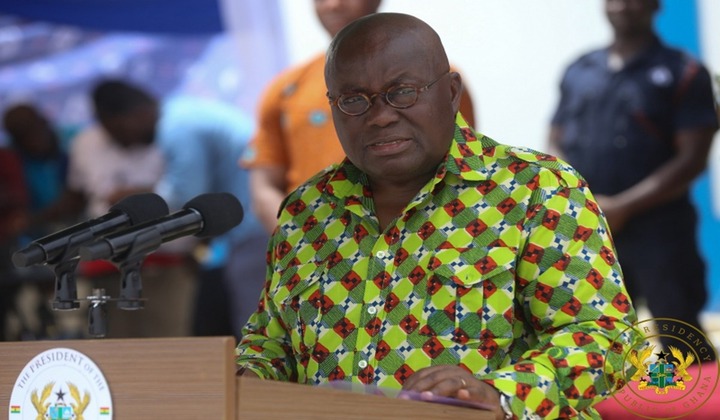 ResidentS of Krobo, Hemang and other communities in the Afigya Kwabre south district of the Ashanti region, has expressed bitterness and called on President Nana Akufo Addo as a matter of urgency to sack the DCE Hon Adu Poku Christian over his evil and corrupt behaviour.

Residents, had their movements and economic activities disrupted, following the abandoned construction of their bridge that linked them to nearby communities, making life unbearable for them.

Vehicular movements are seriously affected, especially for the school children who commute to other communities for classes as they have to resort to long alternative routes to their destinations, affecting their classes’ hours.

'We are suffering, he threat and use of military personnel to beat some of the resident who are boldly enough to report his evil bad doing in the area.

According to Mr Anthony Kwaku Amakye, they helped him to get that position as DCE, has now turn against them and Even threatening them with police and military men to evacuate them from their homes with no compensation, if they choose not to obey

Hon Adu Poku can't evacuate us from our mother land calling on His Excellency Nana Addo Dankwa Akufo Addo to change him and give them a responsible and competent leader for a better change or else they will show NPP 2024.

Speaking to Mubarak popularly known as Nkramo a taxi driver appealed to the Department of Urban Roads (DUR) to improve the dilapidated road network in the area which has over the years impacted their businesses negatively.

Although the government declared the year 2020 as the year of roads, they are yet to enjoy their share of the national cake.

'Mubarak described the nature of the roads ‘streams has become dams’ especially during the raining season which makes movement difficult especially at night.