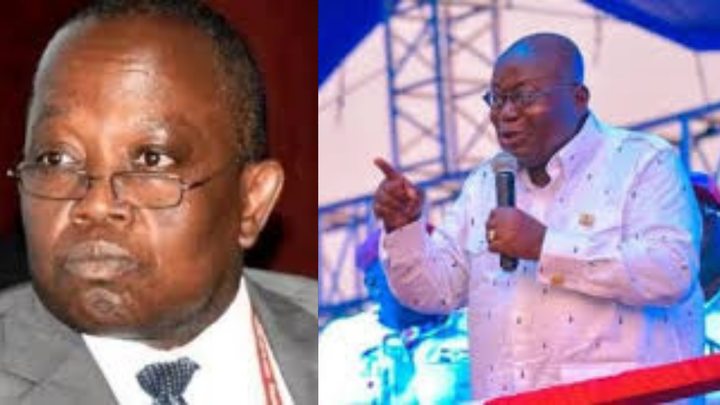 The President says his office accepts that the troubled Auditor-General, Daniel Yao Domelevo is resigned subsequently and can't stay in office.

He has subsequently communicated appreciation to him for his administration and showed that a meaningful swap for him will before long be declared.

In a letter dated March 3, 2021, Nana Akufo-Addo, through his secretary, Nana Bediatuo Asante said, "The consideration of the President of the Republic has been attracted to records and reports made accessible to this Office by the Audit Service, that shows that your date of birth is first June 1960 and that as per article 199(1) of the Constitution, your date of retirement as Auditor-General was first June 2020."

"In the light of this data, the President is of the view that you have officially left office." 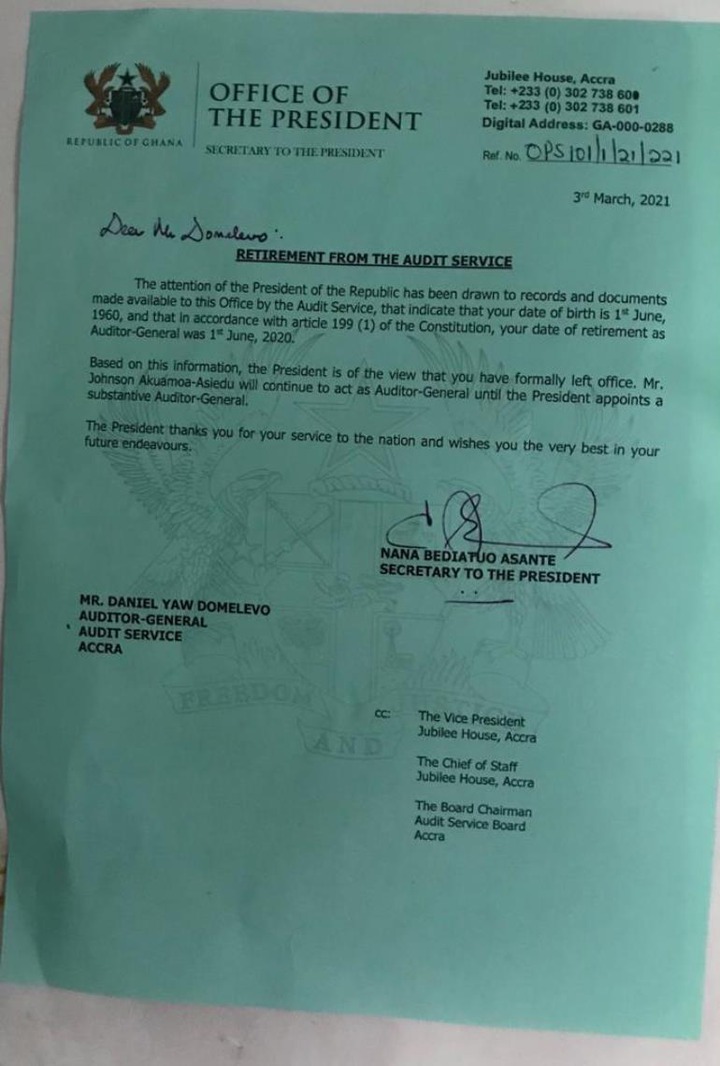