It is not simple to be a good leader who inspires people to achieve their best in their fields of work, but Inspector General of Police George Akuffo Dampare has demonstrated that he possesses these qualities. 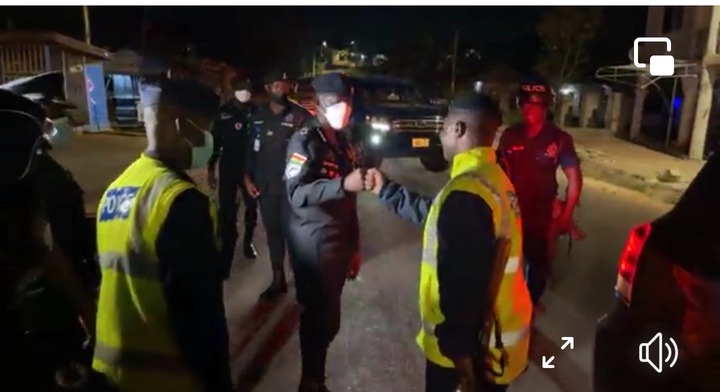 By travelling to the streets in the middle of the night to visit some of the police patrols in the Ashanti Region, the IGP has demonstrated that he cares about his cops like any good leader should care about his people.

Dampare took time during his visit to the Ashanti Region to visit various police stations and patrol officers in Parkoso to listen to their concerns. During the rapid night patrol checks, which were led by the Ashanti Regional Police Commander, the Inspector-General of Police, and some members of the Police Management Board, they came to a halt at a specific police check point to speak with the officers. Dampare greeted the cops and told them that they appreciate what they are doing and that they are doing an excellent job. 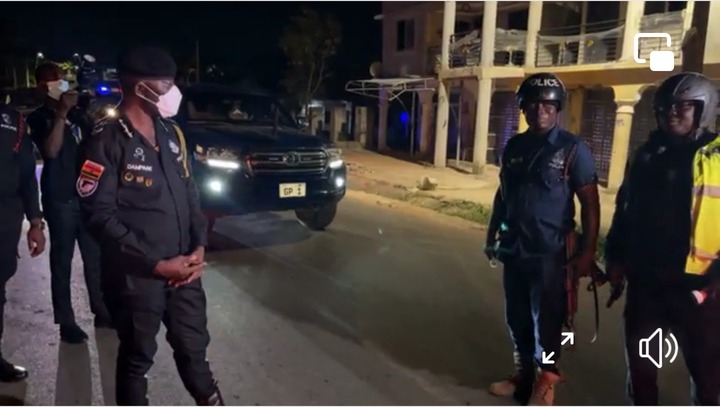 He then continued to question them about their worries about some of the issues they confront in the course of duty, as a good leader would. One of the officers on the checkpoint, who identified himself as Lance corporal Salim Abdul Aziz, saluted the IGP and informed him of a problem that made their work difficult in that district. Their issue, according to Lance corporal Salim Abdul Aziz, is that politicians don't enable them to conduct their jobs properly. When Aziz explained the situation to his boss, he stated that whenever they stop someone for doing something wrong, a politician will intervene and say that they know someone and that they should let the criminal go. He claims that some politicians' behavior has made their jobs more difficult since it prevents them from doing their jobs well.

When the Inspector General of Police heard this, he became enraged and told the officer and his staff that this practice was no longer acceptable. The IGP advised Lance corporal Salim Abdul Aziz to do his job and that if he allows someone to affect his work because of who that person is, he will become enraged. "We can't have selective justice, so go ahead and do your job. The law must apply to everyone, so if somebody is intimidating you in that way, it must stop immediately" The officer was informed by Dampare. He then warns the officer that if he allows this to happen, he will pursue him, but that if he does the right thing, he would be supported. Dampare went on to tell them that they should keep doing professional work and make sure that everyone is treated equitably. He then advises them to make sure that anything they do is justified within the parameters of their rules and regulations, as well as the constitution.