As the world has become a global village, cooperation between and among nations is inevitable. It calls for the travel of the president and other government officials to other countries to establish and strengthen bonds with trading partners. Despite the enormous economic, social, and educational benefits Ghana derives from the trips made by the current president as well as successful presidents, Ghanaians raised eyebrows when Okudzeto Ablakwa disclosed the amount of money the president allegedly spent an hour on a chartered flight. Questions were raised as to why Nana Addo chose to spend such an amount of money instead of a cheaper alternative like using the presidential jet or flying commercial.

Though the explanation given by the government communicators did not sit down well with the people, nearly all agreed that purchasing a new presidential jet is the way to go if the current one cannot guarantee the safety of the president. The latest episode to the presidential jet brouhaha is the accusation of the president of having traveled to the United States of America for the 76th United Nations General Assembly in the same "luxurious" chartered flight under obscurity. Amidst the controversy surrounding the chartered flight, the presidency has announced that plans are in place to purchase a new and bigger presidential jet. Ironically Samuel Okudzeto Ablakwa who in the course of his scrutiny suggested that it will be more cost-effective if a new jet is bought criticized the announcement made by the presidency.

But sympathizers of the ruling New Patriotic Party who think enough is enough and that the North Tongu legislator has taken the issue too far took. They took to the comments section of his Facebook page where he posted his resolve to kick against any move to purchase a new presidential jet and descended on him for his constant criticism of the president. 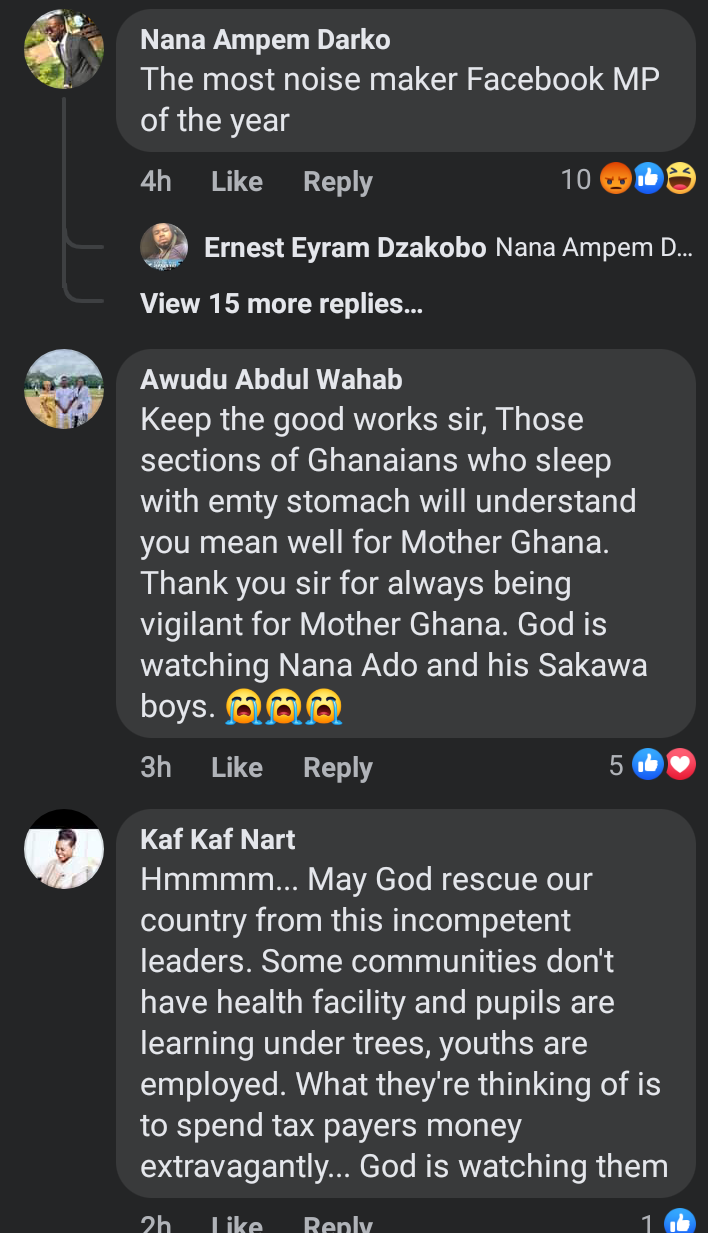 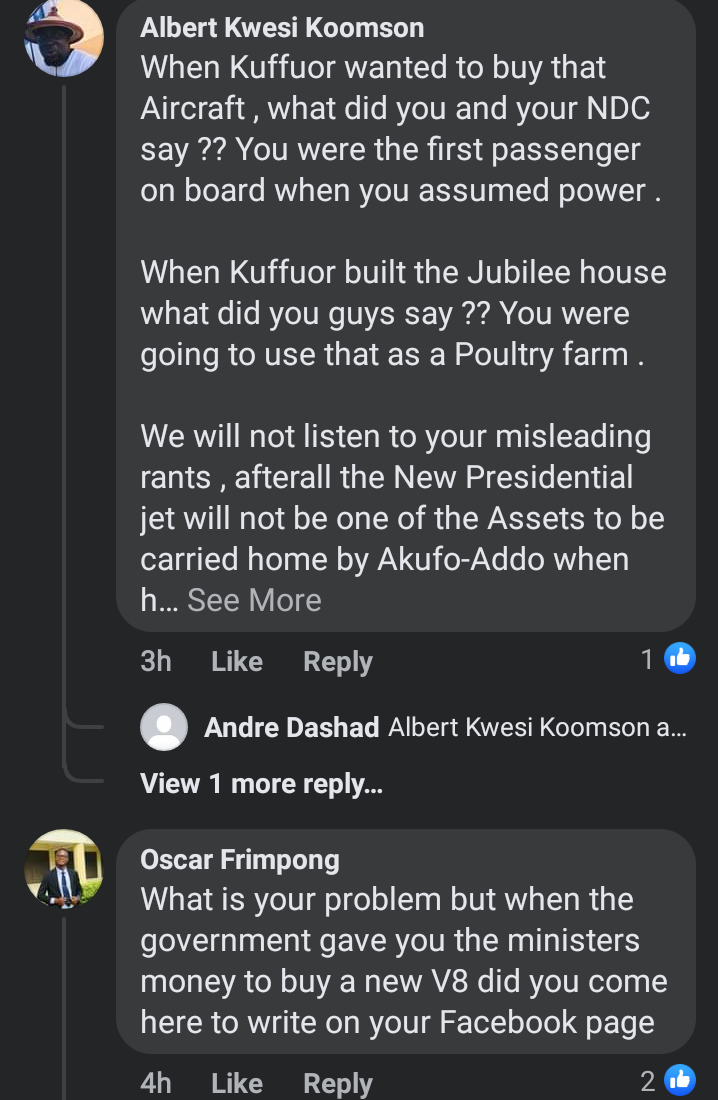 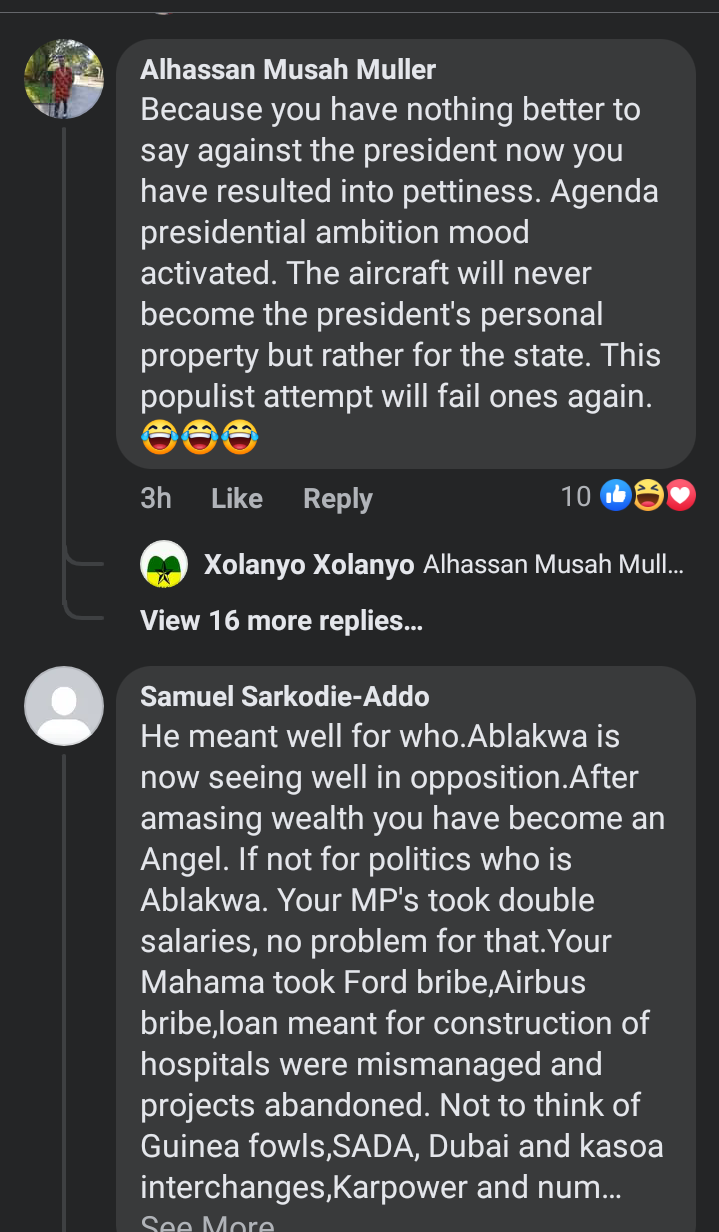 Check out some of the reactions of the supporters of the president ;