The New Patriotic Party (NPP) has made it a goal, mission, and focal point to turn the table to break the 8-year rule by any political party since the inception of democratic governance in Ghana. Thus, it intends to set a record by handing over power to itself and continuing the transformational agenda beyond 2024. 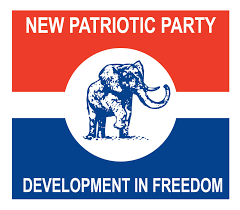 If the NPP can chalk this feat, it will be the first of its kind and unique to any political party in our country's history. The Break the Eight is not only a message on a flyer to share but an actionable message that requires all party supporters ready to campaign and work for the party in their small ways. 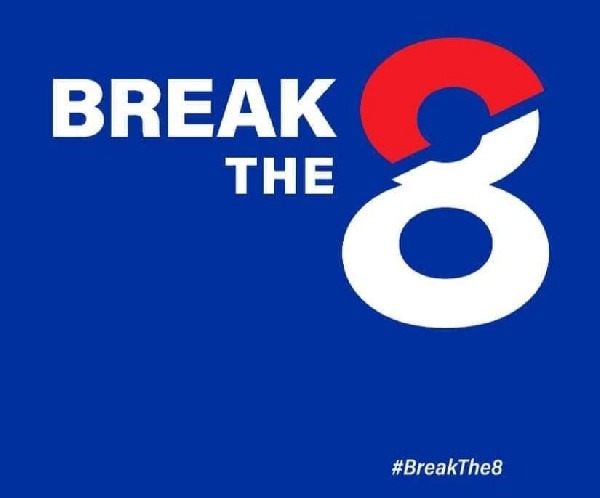 The policies implemented by both Administrations to impact the lives of the Citizenry, Employment given to the teaming youth, Social infrastructure provided to solve the problems of Ghanaians, and above all, how sensitive each party responded to their problem are some of the factors that will determine the winner of the 2024 elections. 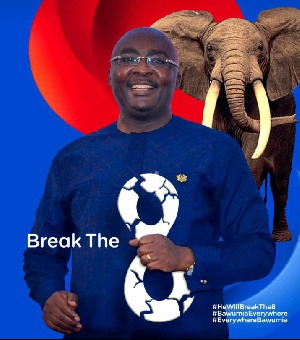 From all indications, Breaking the Eight, though easy, would be a difficult task. It would require the NPP having the full complement of its Marshalls and Contingents to do vigorous campaigning anywhere and everywhere within the cottages, hamlets, slums, villages, towns, and cities. The achievements of the NPP must get down and reach every person of voting age anywhere in the country. This campaign will not need persons with academic qualifications, but every patriot irrespective of their class, status, or qualification in the society. 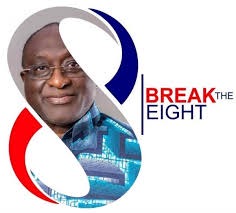 Breaking the Eight could never be possible if Government Institutions such as the National Identification Authority, NIA headed by Prof. Kenneth Agyemang Attafuah as Executive Secretary continue to treat the NPP youth and Ghanaians like what is currently happening.

WHY SINGLE OUT THE NATIONAL IDENTIFICATION AUTHORITY? 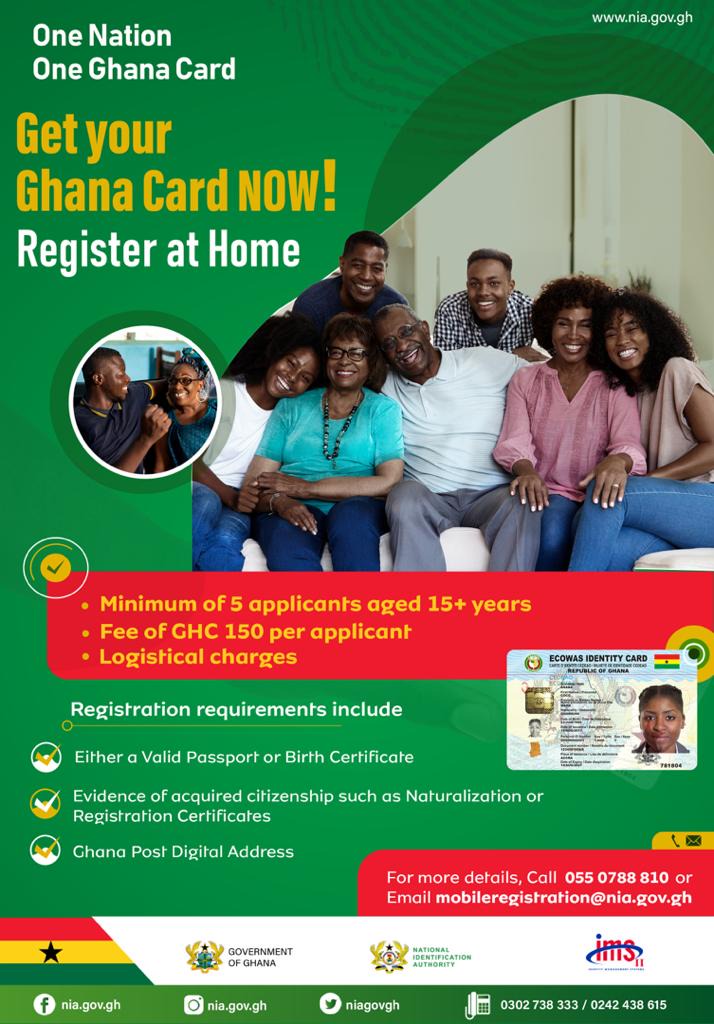 I know you are surprised to see me single out the NIA, but there are a lot of issues to discuss below.

• The NIA was set up in 2003 under the Office of the President with the mandate to register all Ghanaians and legally and permanently resident foreign nationals under the National Identification System (NIS), create a national database, issue them with National Identity Cards (Ghana cards) and manage the use of the database.

• Since April 2018, the NIA contracted over 76,000 Ghanaian youth with Diploma, HND, First Degree and Higher ones for its Mass and Mop-up registration exercises, and Issuance exercises as;

These were done with the promise that DRO/DRSs and other officials who work diligently will be given permanent employment at the NIA's soon-to-be-established District and Regional Offices.

• These Officers were carefully selected from the lots in their districts, interviewed by the NIA Officials, and the successful ones trained to go and man their Districts as Registration Officers for the NIA's exercises. These officers (DROs) were charged with the responsibility of seeing to the setting up of NIA operational district offices in their Districts.

• The DROs offered their all, time and, energy, worked tirelessly, diligently, and executed the Authority's mission awesomely.

• They acquired every necessary experience needed to man the NIA District offices. They were able to withstand all registration pressure, other demands of the Authority such as submission of daily, weekly, monthly reports, accounting on card data, and report on other registration logistics and equipment in all these exercises.

• As a result of their hard work, the NIA, as of 28th June 2021, was able to chalk the following successes; 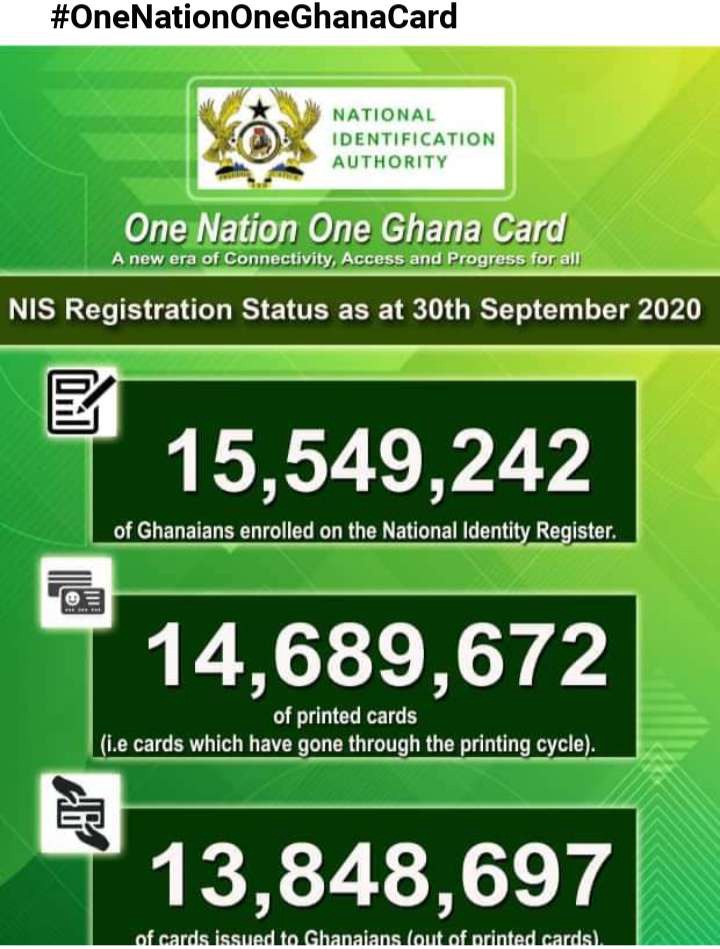 • These district registrations and issuances culminating in the figures above were supervised by the DROs who had no Master's Degree except a few of them.

On 31st March 2021, NIA opened its portal to receive applications from qualified Ghanaians who were goal-oriented, result-driven, and with at least two months of work experience with NIA, and a proven completion of NSS, to apply for the under-listed positions of the soon-to-be established NIA's Regional and District Offices. The positions advertised included;

However, to the surprise of the Former DROs and DRSs, the NIA pegged their minimum qualification for Regional and District Registration Officers at Masters degree. The big question which remained was, who would supervise who?

To be fair with NIA, there was no Regional Registration Office, so no registration was done at the Regional level during the Mass registration, Mop Up, and Issuance exercises. So making the minimum qualification even a Ph.D. for this new role will not have been a matter of concern to me.

Prof. Attafuah was once asked in a live radio interview why the NIA is replacing the DROs with First Degrees who were trained and used for their various exercises for which he was boasting of the outcome, and he replied, "Master-degree holders are better managers of offices than first-degree holders." That was very unfortunate. 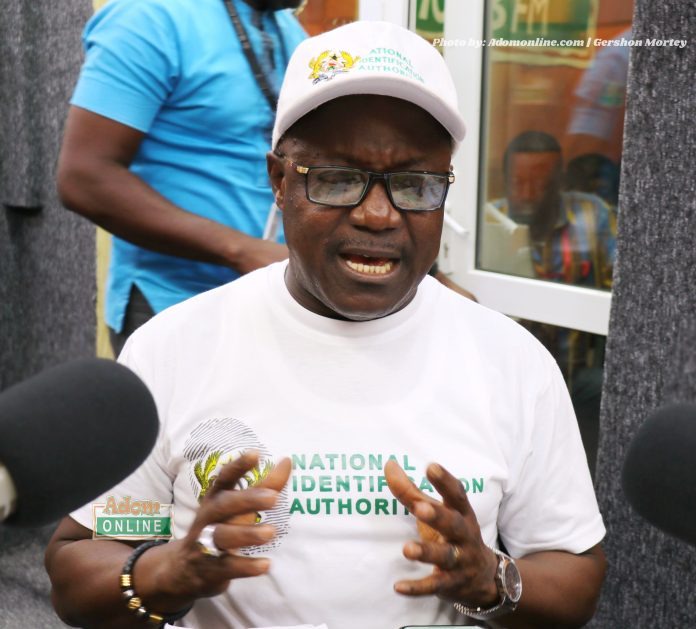 But come to think of it, are all District Managers and Coordinators at the District offices holders of Master Degrees. For instance, looking at Youth Employment Agency (YEA), National Health Insurance Authority (NHIA), NADMO, National Service Scheme (NSS), and Nation Builders Corps (NABCO).

The funniest aspect of it is that some 34 NIA-GRA or NIA-RGD Co-habitation offices were set up across the country as piloted offices before the operationalization of the Permanent District and Regional Offices. These offices were very well managed by the same DROs as District Team Leaders (DTLs) with most First Degrees.

To the surprise of the Former DROs and DTLs, they were excluded from receiving the SMS to partake in the Entrance Examinations (Aptitude test) to justify their inclusion.

When we enquired about that, the explanations were "you guys have already gained the job, so don't worry at some point, and another point, DROs will be interviewed without the aptitude test.

In September, messages were sent calling people for an interview, with most DROs and DTLs (especially those with First Degree and some few with Masters) not invited for the interview. At this time, DTLs at the GRA and RGD offices were still carrying on with their duties of registering and issuing Ghana Cards for the NIA.

On Monday 25th October 2021, messages were sent to people (many without NIA working experience) at the expense of the experienced ones to report at UPSA to be trained by NIA and subsequently be deployed to the districts to go and work permanently. 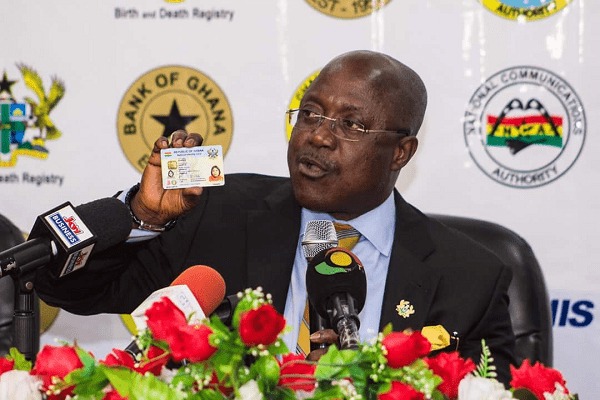 As a result of this unfair treatment of the DROs, we ask these questions below.

1. Can the eight be broken if these sidelined DROs, DTLs, and other officials with their families, friends, and followers decide not to go out to vote in the December 2024 polls not to talk about them campaigning?

2. Why are the DROs who were tasked to look for NIA offices to be used for permanent NIA district office operations sidelined?

3. Why has Prof. Attafuah and his NIA gone against his words to recruit officers who never worked with NIA (zero experience) and have no Master's Degree, as DROs and other positions?

4. Has the leadership of NIA been prudent by sidelining experienced officers who had already been trained and thus, using the nation's resources to organize another training program for the new entrants?

5. Why are colleagues DROs and DTLs with Masters' Degrees who wrote the aptitude test and attended the interview in the house without being invited to the training at UPSA?

6. Close sources at UPSA indicated that some Technicians were, asked to accept the position of ATEO because their numbers were more than the number needed. Later some of the shortlisted Technicians never showed up at UPSA.

7. Why didn't the NIA bring back some of the Technicians made to become ATEOs but choose MRWOs and CVOs who have no experience as Technicians to replace those who didn't appear? I smell something fishy here.

8. Will Prof. Attafuah and his NIA lieutenants, who are sidelining the staunch party faithful from reaping what they sowed, go and stay at the 275 Constituencies and work to Break the 8?

9. Why is the NPP allowing Prof. Attafuah and his NIA to do this to our grassroots members?

I am very much aware of the saying by former President Kuffuor that "it is better to be a watchman in the ruling party than to be the General Secretary of the opposition."

But, being faced with a complex rhetorical question like the one below could force one to opt for the General Secretary of the opposition instead of the watchman in the ruling party.

WHICH PARTY BEST SUITS YOUR INTEREST?

1. Your party, the party you always defend and campaign for with your resources (NPP): You don't have a Master's Degree or any God Father or a relative in government, so no work for you.

2. The party you always advocate and campaign against (The NDC): You don't need a qualification to secure employment; you only need to work for me to be rewarded with opportunities that come.

In conclusion, it is worth knowing that, Breaking the Eight will be possible and doable if fellow feelings, the grassroots' concerns, and the party followers will not be discriminated against on any grounds.

Content created and supplied by: Wubga360 (via Opera News )