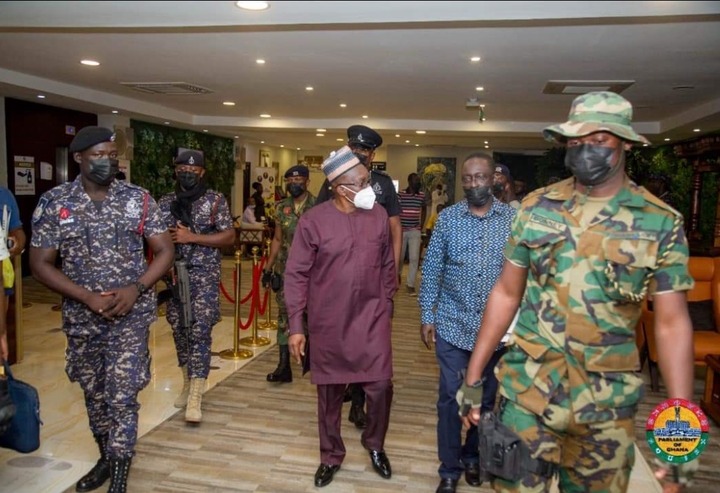 The Majority Caucus have made some interesting revelation about the security detail of the Speaker of Parliament, RT. Hon. Alban Bagbin. According to the group, the Speaker had twelve police officers in addition to the four military attachés whose removal had triggered a heated debate between the government and the Minority group.

At a press conference held today, the Majority group disclosed that it is rather disappointing the impression Rt. Hon Alban Bagbin created about being intimidated by the government as a result of the removal of these military attachés. They argued that no other speaker since indepence have had the luxury and benefits at Alban Bagbin, adding that regularising the military attachment shouldn't have been miscommunicated for political gains.

Additionally, the Majority noted that it is only under Rt Hon. Alban Bagbin's tenure that military personnel have been deployed in addition to the routine police attachment offered by the state. They had expected the Speaker to honour this truth and accommodate the chance instead of blowing issues out of proportion as though there is a plot to harm him. 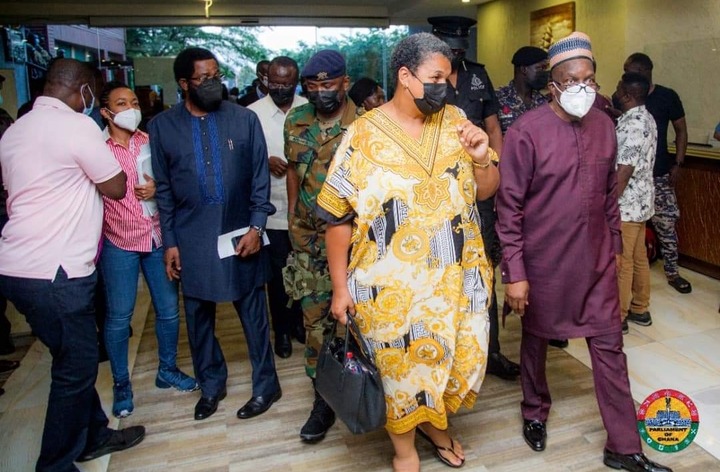 The Majority disclosed that Parliament has since its creation had the non-military personnel as it's Marshal but under Alban Bagbin, "Parliament has a serving Colonel as the Marshal of Parliament." They questioned why the Speaker and the Minority who had after the condemnation of the Military intervention during the chaotic election on 7 January 2021, would now sanction the deployment of military to Parliament and his residence.

"If, in the opinion of the Speakers, the Police have some deficiency, shouldn't all of us work to cure any deficiency so detected?"

The Majority group rebuked the Minority for brandishing the matter as politically motivated in their press conference. They demanded proof of the allegation by the Minority that the Military High Command acted under duress from the government.