If Asantehene was the president of Asante region, Kumasi would have been better this - social media

By Accraisback (self meida writer) | 29 days 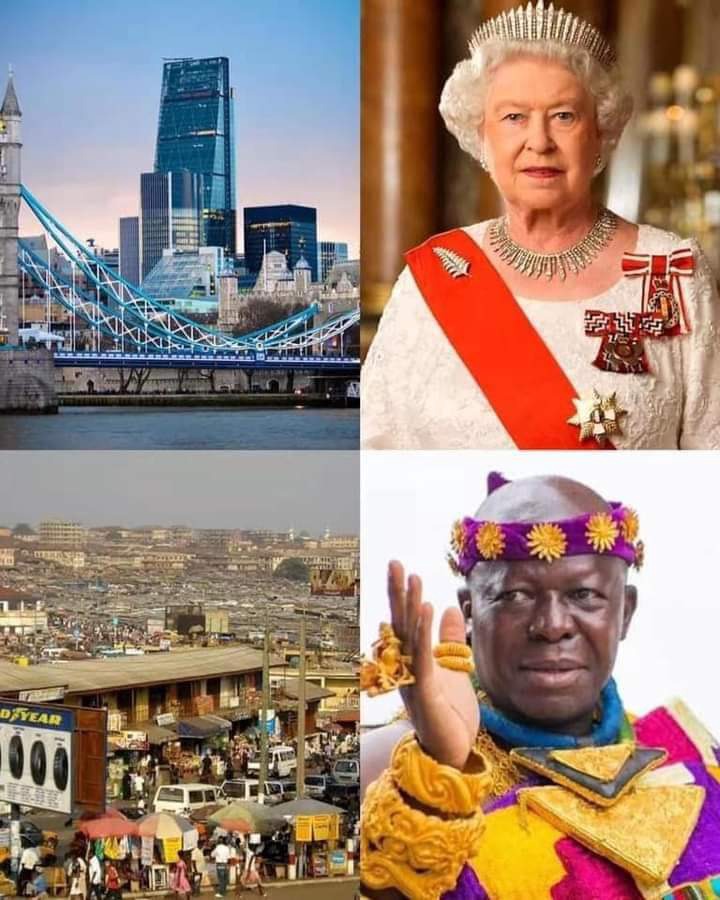 A social media user by name Citizen Kwame has waded into the ranging controversy boiling in the country. According to him it is 'funny' for anyone to draw parallels between the Queen of England and Asantehene, claiming the Asante overlord had no control over the resources of his kingdom.

He further clarifies that Asantehene receives 3% royalties on businesses under his jurisdiction just like any other chief in Ghana, adding that wouldn't be enough to construct a 20km standard road he said, posing a question asking Ghanaians to ask their chiefs to turn their 'small' village like England. 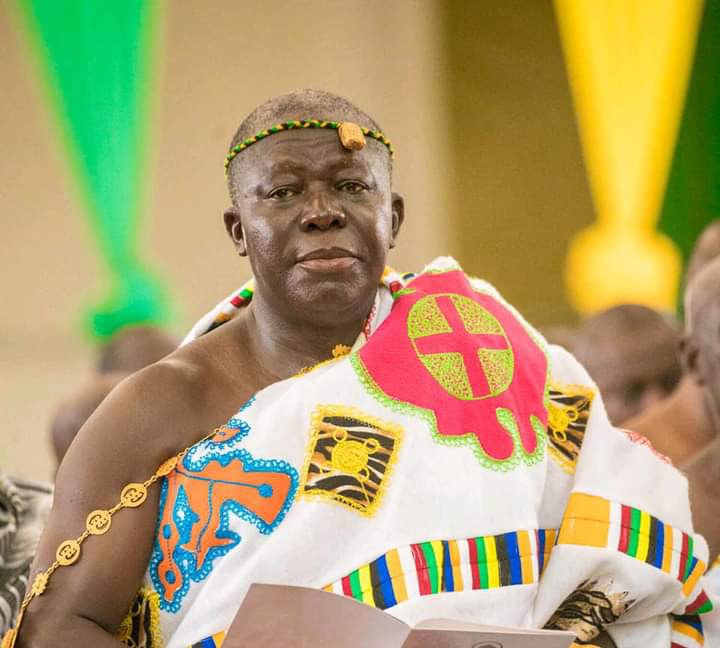 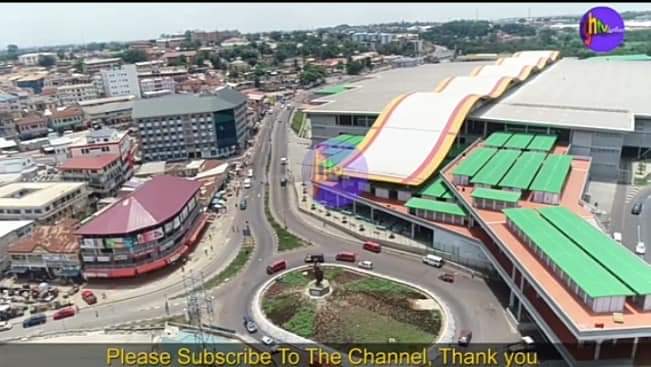 He went on to make claims about the redevelopment of Kumasi Kejetia and Central Market, a project which phase one was completed in the elsewhere Mahama's era, saying it was Asantehene who brought the investors claiming the then former president role was just limited to a 'guarantor.'

The Pragbon estate, Kumasi mall, Bodukwan factory, Otumfuo education trust fund was also mentioned by him as the achievements of Asante's overlord.

He also claims Accra is far behind Abidjan, Ivory Coast, a partly relative stable Ghana's neighbor in the East claiming that city is better than Accra.

He ended his remarks by claiming that the poor levels of developments in the country should be put on the doorstep of politicians he however, believes if Asantehene is the President of Asante region, Kumasi 'would have better than this.'

Meanwhile, the UK's Queen of England only functions as a ceremonial Head of State just like her counterparts in Ghana and as usual she also does not control resources. 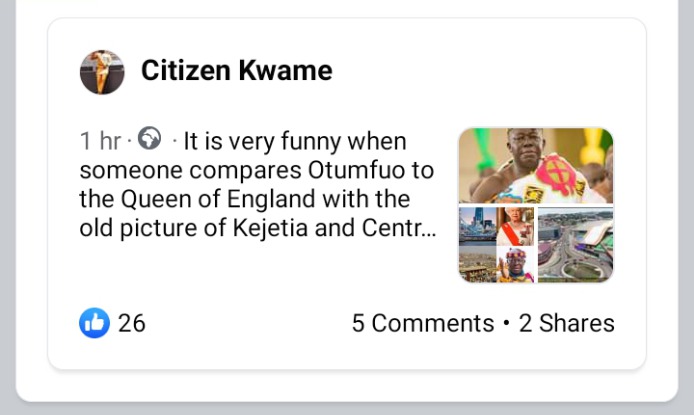 One thing that you have to understand is that Otumfuo doesn't control the revenue and resources in the Ashanti or the country and the 3% royalties he gets cannot even a construct a 20km road. every Chief in Ghana receives royalty, why don't u ask your Chief to make your village or city to be like England.

Below is the current view of Kejetia market, and Kumasi central market, no Gov't was willing to develop Kejetia and central market, it was Otumfuo who went to look for investors and informed the then government mahama to guarantee the loan so that the revenue that will be acquired from the market will be used to pay the loan. the 2nd phase of the project is under construction.

The Pragbon estate, Kumasi mall, Bodukwan factory, Otumfuo education trust fund etc that provides scholarships, all these projects it was him who went to look for investors to come a construct it.

Blame the politician for the predicament of this country and stop blaming Otumfuo. I can assure you if Otumfuo was the President of Ashanti region, kumasi would have been better than this.

A Few Minutes Of Rainfall Leaves Kejetia "Dubai", Adum, Other Areas In Flood