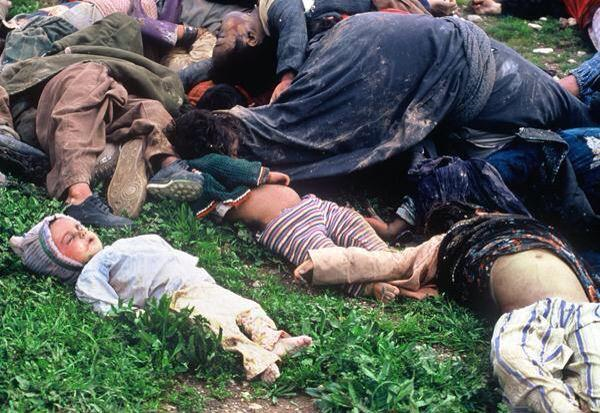 Well, that can be answered in many different ways. In short, because the United States removed, through an invasion, those who kept Saddam Hussein in power - mainly his relatives, a disproportionate amount of people from the sect he was born into. In the end, when they were removed in 2003, Shiites and Kurds, who disproportionately suffered, from his policies basically want him executed. It wasn’t simply about whether the United States wanted it or not. It would have been hard to avoid. Many Iraqis who opposed him wanted his blood, so to speak. I am not glorifying his execution. I am not a fan of executions. I know many in the Middle East, especially in Jordan, Palestine (not Palestinians who lived in Kuwait, most of them didn’t like him much, and some even joined Kuwaitis in the resistance, though many people don’t know that), Yemen and other places glorified him. The reality, though, Saddam purged many of the original members of the Ba’ath Party and had them killed in a Stalin-like manner. Many of them had been in the party for decades, but he wanted to purge them because Saddam wasn’t about the Ba’ath Party, he was about Saddam. Later, the socialist type Saddam later discovered religion and many traditional Sunnis remember him for that.

As far as why the United States invaded Iraq, which led to the death of Saddam Hussein, that is not something very simple. There wasn’t simply just one reason as some claim - that of oil. Sure, the fact that Iraq has oil is an important factor. Another factor people ignore is that a military presence would have an Iran surrounded by an American presence in Afghanistan and Iraq. Also, many neo-cons with ties to Israel also wanted the invasion of Iraq. Though many said there weren’t weapons of mass destruction, Saddam’s government hadn’t made it very clear in a consistent manner that they didn’t have them. I suppose not to look weak. However, the US surely knew that even if such weapons existed, they were a fraction of what they used to be. However, some might argue that a Saddam there forever, would lead to pressure to end sanctions. Would Saddam then want to restart his weapons programs? Then there was also the pressure to remove American troops from Saudi Arabia. It was thought that was problematic for the US and Saudi Arabia, and Saddam, being in power, was used as the raison d’etre originally to keep troops in Saudi Arabia. It is less problematic to have US troops in Kuwait rather than Saudi Arabia, not that Kuwaitis uniformly love the idea. Yes, the oil of Iraq was a factor, I would say, but not the only one. Ignoring that Iran was a neighbor, the US troops in Saudi had to leave were also important factors.